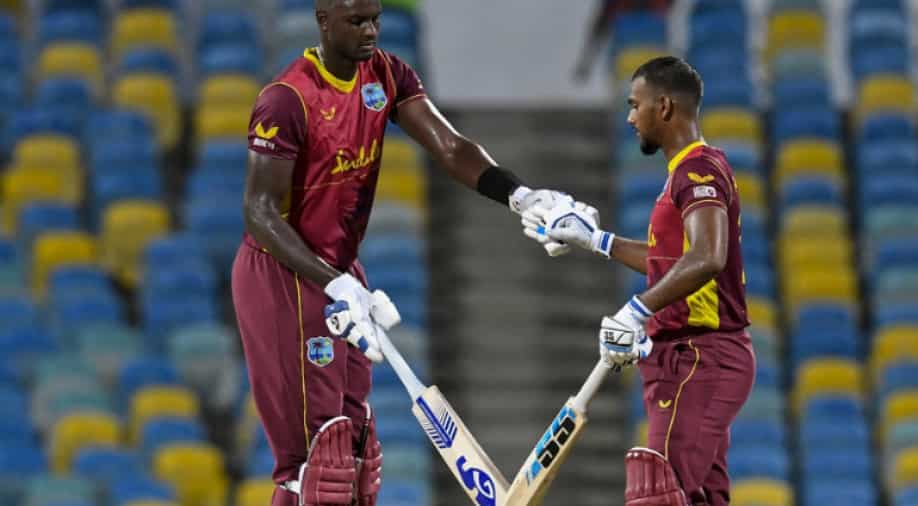 Nicholas Pooran and Jason Holder shared a 93-run partnership for the sixth wicket to effectively seal the win for the West Indies.

The West Indies cruised to a four-wicket win with 12 overs remaining against Australia in Bridgetown on Saturday to claim the second one-day international (ODI) between the nations and level up the series.

Nicholas Pooran and Jason Holder shared a 93-run partnership for the sixth wicket to effectively seal the win for the West Indies after the top of the order had struggled in the early chase of Australia's 187 total.

"Obviously, when you start a cricket match you want to win, but to say I'm overall pleased with our performance throughout the entire game, I think we have some work to do."

The game started 48 hours later than originally scheduled after it was postponed on Thursday following a COVID-19 case within the West Indies camp.

Australia won the first ODI by 133 runs but set the West Indies a total of 188 to win after Australia's lower order batsman launched a salvage mission when the openers slumped.

Ben McDermott fell to the fourth ball of the day with one run on the scorecard and when Ashton Turner was bowled by Akeal Hosein the Australians had lost their sixth wicket for only 45 runs.

The lower order launched a comeback, however, with Matthew Wade and Adam Zampa hitting 36 runs each and No. 10 Wes Agar top scoring for the Australians with 41 from 36 balls.

The hosts struggled in the opening stages of their innings with Evin Lewis and Darren Bravo both falling early before Pooran and Holder came together to push the West Indies towards the win.

Holder eventually fell to Mitchell Starc 23 runs short of victory to leave Alzarri Jospeh to thump Ashton Turner for four to earn the West Indies a four-wicket win with 12 overs to spare.

The teams meet again in the third and final match in the series on Monday.