Covid outbreak at Aston Villa made one player reluctant to get out of his car, reveals boss Steven Gerrard 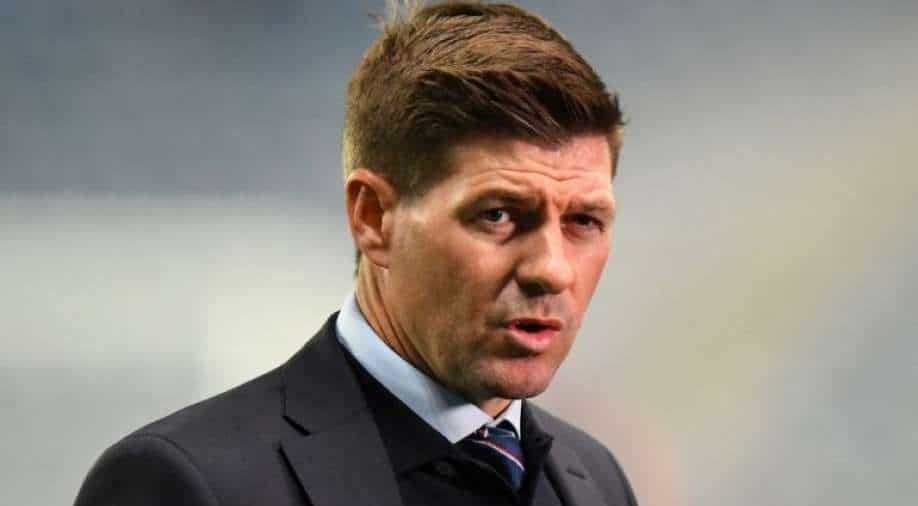 Covid outbreak at Aston Villa made a player reluctant to get out of his car, reveals boss Steven Gerrard Photograph:( AFP )

An outbreak at Villa saw their match against Burnley last Saturday postponed at short notice, with Gerrard warning Wednesday that it will be a "nightmare" if the Midlands club have to tackle two matches in two days with just 14 players available.

Aston Villa manager Steven Gerrard said fear of Covid-19 is so heightened that one of his players was reluctant to get out of his car.

An outbreak at Villa saw their match against Burnley last Saturday postponed at short notice, with Gerrard warning Wednesday that it will be a "nightmare" if the Midlands club have to tackle two matches in two days with just 14 players available.

"We had a situation at the weekend where one of the players was reluctant to get out of his car because he had some symptoms and he's got a young family, and you can totally understand his view in his situation," Gerrard said.

"This is a guy who's got a young family, it is Christmas time, and that's the situation everyone is in."

The former Liverpool and England midfielder added: "No-one wants to get this virus. Everyone wants to protect their own families. This is our job and your priority is always going to be your family, of course it is.

"Thankfully he was tested after and he didn't have a situation, but that player would not have been available for me on the day, and these are the little situations that people don't see.

"We've got a major responsibility to listen to the players and deal with every situation as it comes your way."

The Premier League announced on Monday its intention to continue with scheduled matches over the traditionally busy Christmas and New Year period, despite more than 90 confirmed coronavirus cases among players and staff in the last week.

Last weekend, six of 10 scheduled games in England's Premier League were called because of coronavirus outbreaks.

The Premier League is due to hold 'virtual' meetings with managers and captains on Thursday to hear their concerns but Liverpool skipper Jordan Henderson said officials needed to pay more attention to the welfare of players.

"Football to us is everything and we want to be able to perform at the highest level every time we set foot on the pitch," Henderson told the BBC. "And unfortunately, in this period it is difficult to do that."

The 31-year-old England midfielder added: "That has been like this for a few years now and it has been difficult but then, on top of that, you chuck in Covid and it becomes even harder and even worse.

"I am concerned that nobody really takes player welfare seriously."

Liverpool were without a number of key players for their 2-2 draw at Tottenham Hotspur last weekend, including Virgil van Dijk, Fabinho and Thiago Alcantara.

That fixture is one of five games in two weeks for Liverpool, who face Leicester in a League Cup quarter-final on Tuesday.

"I think decisions get made -- of course we want to play as footballers, we want to get out there and play -- but I am worried about player welfare and I don't think anybody does take that seriously enough, especially in this period, when Covid is here," Henderson said.