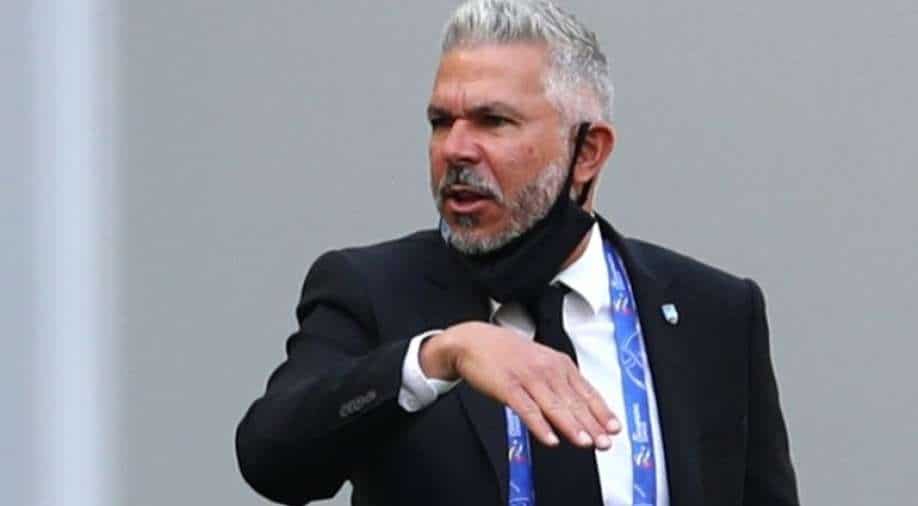 A-League matches are scheduled to continue following the squad`s departure for Kuwait, and Sydney are expected to be among clubs affected by the call-ups.

Head coach Steve Corica is confident Sydney FC`s foreign strike force can give the defending champions a boost when action in the A-League continues through the up-coming international window.

Australia`s national team, the Socceroos, will play four World Cup qualifiers in Kuwait from June 3 to June 15, with coach Graham Arnold expected to name his squad for the trip to the Middle East on May 25.

A-League matches are scheduled to continue following the squad`s departure for Kuwait, and Sydney are expected to be among clubs affected by the call-ups.

But with Englishman Adam Le Fondre recently returning after a spell with Mumbai City to join Brazilian Bobo and New Zealander Kosta Barbarouses, Corica is hoping his side`s inconsistency up front can be overcome.

"That`s a very positive sign, that we`ll keep all the attacking players, which is good because that`s one area where we`ve probably lacked this year," said Corica.

"We`re not scoring enough goals, as much as we were last year, free scoring. It`s a bit of a problem this year."

Le Fondre was on target from the penalty spot on Saturday as Sydney edged Western United to sit in third place in the current standings, nine points behind leaders Melbourne City, as the battle for places in the post-season finals intensifies.

"You see how tight it is from second to eighth or ninth at the minute, so you need to start picking up three points," said Corica.

"That helps to take a bit of pressure off and it puts pressure on other teams to do it.

"City are well out in front at the minute and it would be hard to peg them back but you want to finish in second spot if you can`t finish top so that`s the plan."