Choice of Madrid for Libertadores final will not be changed: Conmebol 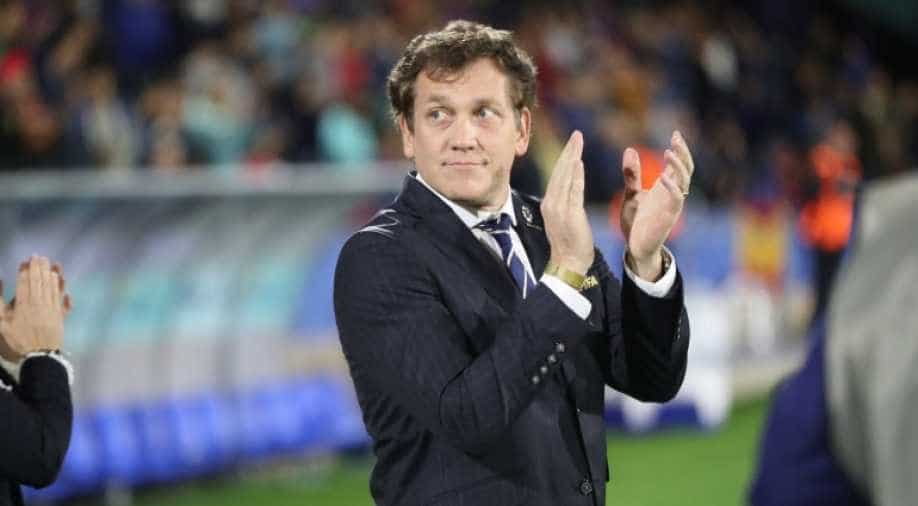 The Conmebol official said that Spain was a perfect host because it was home to the largest number of Argentines living outside the South American country.

The Conmebol official said in a press conference ahead of the Women's Under-17 World Cup Saturday in the Uruguayan capital that Spain was a perfect host because it was home to the largest number of Argentines living outside the South American country.

Dominguez said that when he proposed playing the second leg of South America's premier club tournament final on December 9 in the Spanish capital to Real Madrid president Florentino Perez, "the response was that of a friend."

Perez asked for a moment to think the plan over and promised to return the call "in two minutes," the Conmebol official said.

"Two minutes later, he returned my call and said that not only was it a good (idea), but that (Real Madrid's Santiago) Bernabeu (Stadium) was at our disposable at no cost for this match," Dominguez said.

Last Thursday, Conmebol decided that Real Madrid's stadium would be the venue for the match between River and crosstown arch-rival Boca Juniors on December 9, after fan violence forced the indefinite postponement of a contest originally scheduled to be played at River's El Monumental Stadium last weekend.

The first leg was played on November 11 at Boca's La Bombonera Stadium and ended in a 2-2 draw. Away fans had been barred from both legs of the final as a precautionary measure.

Fans hurled projectiles in a November 24 attack on Boca's team bus and shattered some of the vehicle's windows, while the police's use of pepper spray to drive away the assailants affected some Boca players.

On Saturday, River Plate said it rejected the decision by Conmebol to move the Copa Libertadores final to Madrid, saying it bore no responsibility for the attack on the bus as it was arriving at the stadium for the match because it occurred outside of a security perimeter.

The club said the decision also would deny the rights of 66,000 River fans to see the match in person, noting that those supporters had waited for hours on both November 24 and November 25 (the match had initially been rescheduled for that Sunday) to see the much-anticipated game.

The Copa Libertadores final is scheduled to be played next Sunday at 8:30 pm in Madrid, Conmebol said.