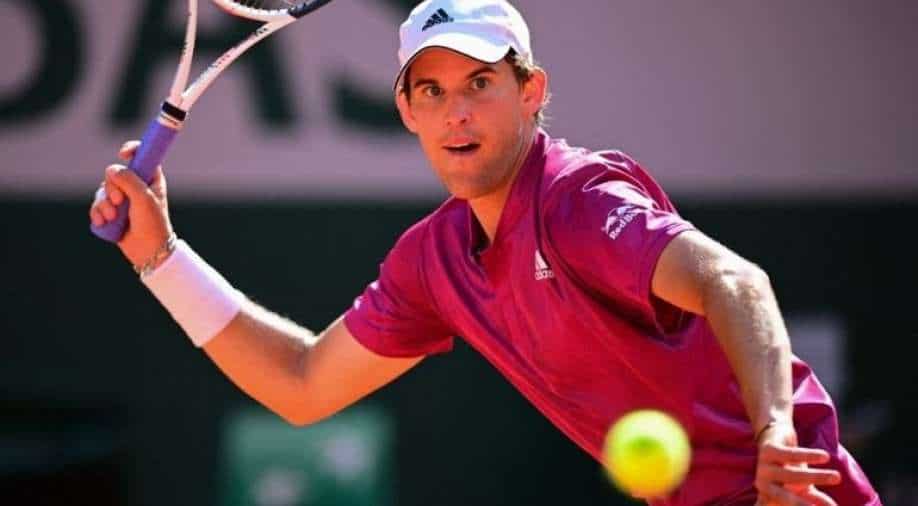 The ATP Cup commences on New Year day, while the Sydney Classic is scheduled between January 9 and 15. The Australian Open, the year's first major, commences two days later at Melbourne Park on January 17.

World No. 15 Dominic Thiem has pulled out of next month's ATP Cup and Sydney Tennis Classic - an ATP 250 event - due to a non-Covid-19-related illness, putting in doubt the Austrian player's Australian Open participation.

The ATP Cup commences on New Year day, while the Sydney Classic is scheduled between January 9 and 15. The Australian Open, the year's first major, commences two days later at Melbourne Park on January 17.

The 28-year-old Thiem, who was due to lead Team Austria in the third edition of the ATP Cup, has not competed on Tour since June when he suffered a right wrist injury at the Mallorca Championships. Austria will, however, compete in the ATP Cup despite Thiem's injury.

In a long post on social media, Thiem, who had also withdrawn from the Mubadala World Tennis Championship exhibition event in Abu Dhabi recently, wrote, "After speaking to my team, we have decided to return to Austria, instead of flying directly to Australia."

"Unfortunately, I caught a cold (and tested negative for Covid-19) while in Dubai and was unable to practice last week. I will therefore not be in the physical condition required to be able to play the ATP Cup and Sydney ATP 250.

"After not competing for the past six months, I can't take the risk of coming back too soon and picking up a further injury? My aim is still to play the Australian Open but we will make a final decision about my participation by the end of December," added Thiem, who had achieved his career-high ATP ranking of No. 3 in March, 2020.