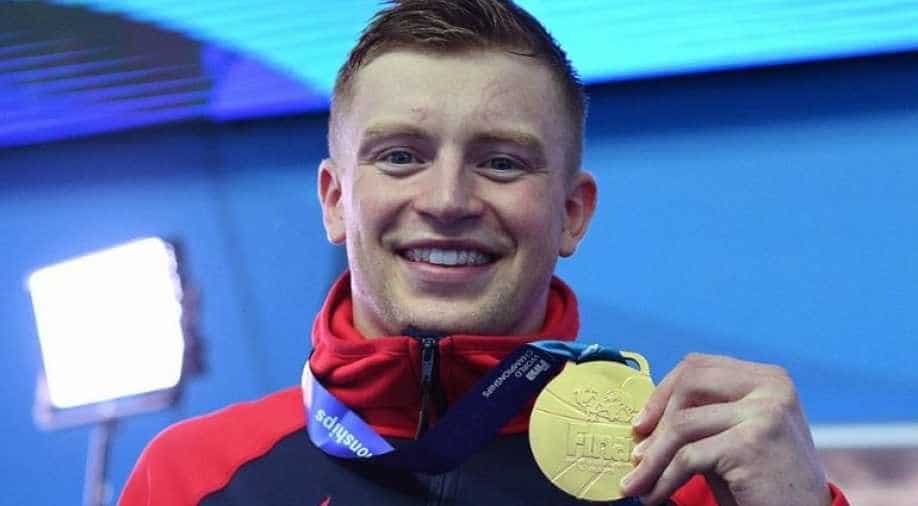 Gold medallist Britain's Adam Peaty celebrates during the medals ceremony of the men's 100m breaststroke event during the swimming competition at the 2019 World Championships. Photograph:( AFP )

The 24-year-old, unbeaten in five years over the distance in major competitions, clocked 57.14 seconds in Gwangju, a day after smashing his own world record by ducking under 57 seconds -- also a first.

Peaty burst from the blocks once again, turning just inside world record pace and leaving his rivals scrapping for the silver and bronze.

Fellow Englishman James Wilby emerged with the silver with a time of 58.46 with China's Yan Zibei taking bronze in an Asian record of 58.63.

Peaty, who set a new world best of 56.88 at the weekend, puffed out his cheeks and gave a wry smile after looking up at the giant screen to see he had just missed out.

The tattooed pin-up is also looking to complete a 50m world treble this week when he could take down another of his world records.

Peaty has dominated both distances in recent years, setting the 15 best times in the 100m breaststroke.