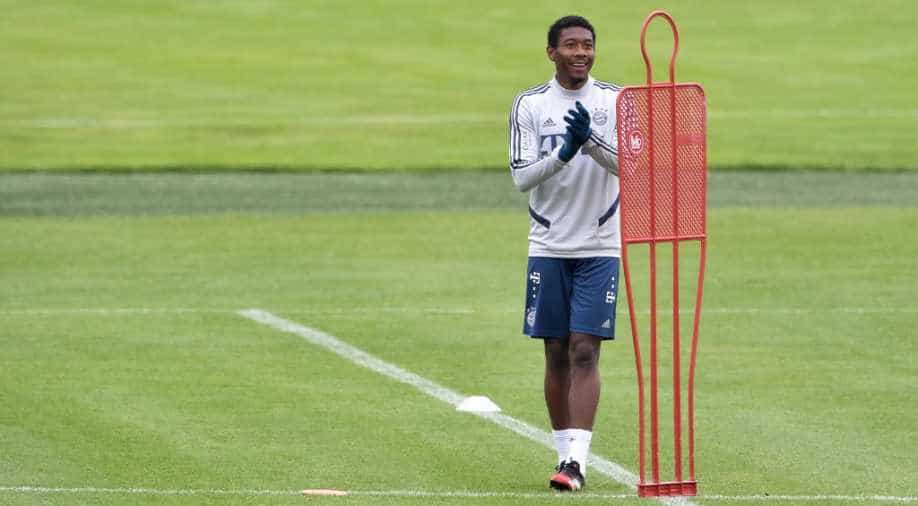 Bayern Munich are hoping Champions League success can convince Thiago Alcantara and David Alaba, who are stalling over extensions, to stay.

Bayern Munich are hoping Champions League success can convince Thiago Alcantara and David Alaba, who are stalling over extensions, to stay.

Bayern host Chelsea at Munich's Allianz Arena on Saturday in the last 16, second leg of the Champions League holding a 3-0 lead after hammering the Blues in London in February when Serge Gnabry scored twice in a gala display.

Since then, Bayern have secured an eighth straight Bundesliga title and lifted the German Cup putting them on course for the treble having won all 11 games post lockdown.

Chelsea are without wingers Christian Pulisic, who injured his hamstring in the FA Cup final defeat to Arsenal, and Pedro, who underwent shoulder surgery after being stretchered off at Wembley.

Blues skipper Cesar Azpilicueta is also expected to miss the Munich match after his hamstring injury added to Chelsea's list of wounded.

Bayern's personnel concerns are of a different nature as Alcantara, who has been linked to Liverpool, and Alaba,  both have one year left on their contracts and are stalling over talks.

"Thiago is very safe on the ball, which does us good, and it is often underestimated how much he works to win back the ball," Mueller told Munich-based newspaper Sueddeutche Zeitung.

"David is extremely important for controlling and building up our game."

Mueller, a 2014 World Cup winner, says it would be "extremely bitter" if both Alcantara and Alaba left at the end of Bayern's Champions League campaign.

Nothing is likely to be decided while Bayern are still in Europe, yet both are in great form.

Alaba, 28, who joined as a teenager in 2008, has been dubbed "the black Franz Beckenbauer" by Bayern chairman Karl-Heinz Rummenigge for his outstanding displays at centre-back this season.

With right-back Benjamin Pavard injured, Joshua Kimmich has switched back into defence with his central midfield place going to Thiago, who was outstanding in last Friday's 1-0 friendly win over Marseille.

Last week, Rummenigge revealed Alcantara has signalled "that he wants to do something new", but so far no club has made an offer for the 29-year-old.

Having joined from Barcelona in 2013, under former Bayern coach Pep Guardiola, Alcantara has won the German league title in each of his seven seasons in Munich.

Rummenigge has made it clear neither will leave cheaply, "despite the coronavirus, there will not be a summer sale at FC Bayern", who reportedly want at least 30 million euros ($35 million) for Alcantara and more for Alaba.

However, for now it is just "important that both concentrate on the Champions League, then we will decide in peace," added Rummenigge.