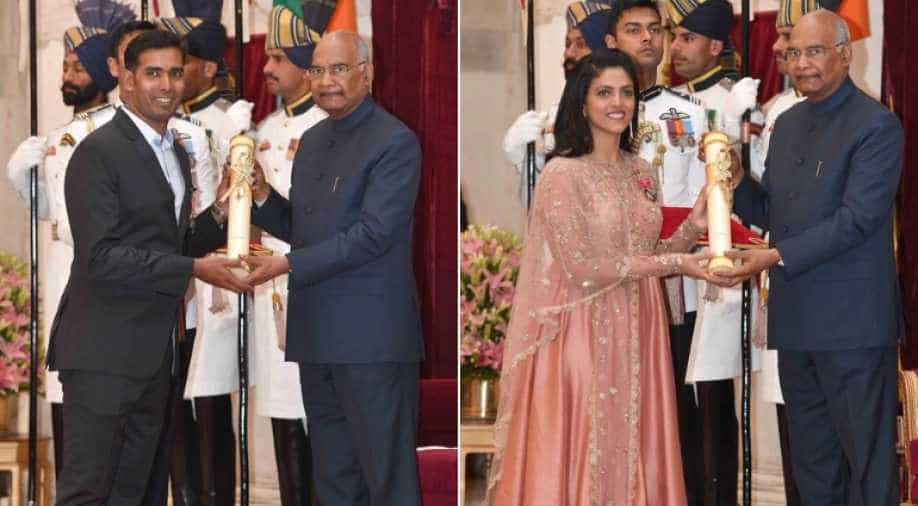 The remaining awardees are likely to be conferred the honour at another function to be held on March 16.

Harika is among the world's top-ranked chess players and has lead Indian women squads to several chess championships.

Sharath Kamal is a renowned name in table tennis, he has won over 60 international medals in the past 16 years.

Bajrang is a World Championship silver and bronze medallist besides winning gold at Asian Games and Commonwealth Games in 2018.

Forty-seven prominent personalities were conferred the Padma awards by President Kovind during a ceremonial function at Rashtrapati Bhawan.

As many as 112 personalities were selected for this year's Padma awards and their names were announced on the eve of Republic Day this year.

The remaining awardees are likely to be conferred the honour at another function to be held on March 16, a Home Ministry official said.

Here is the list of sportspersons to get Padma awards this year: