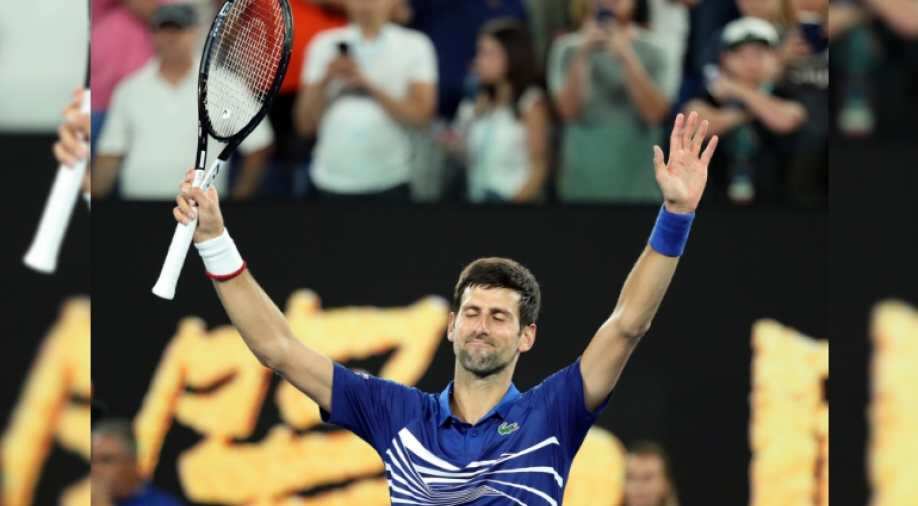 The world number one Serb claimed a clinical 6-3 7-5 6-4 win over wildcard Tsonga at Rod Laver Arena, a match that finished after midnight and failed to live up to the players' intriguing rivalry at the year's first Grand Slam.

The world number one Serb claimed a clinical 6-3 7-5 6-4 win over wildcard Tsonga at Rod Laver Arena, a match that finished after midnight and failed to live up to the players' intriguing rivalry at the year's first Grand Slam.

A 20-year-old Djokovic edged a fourth-set tiebreak to claim his maiden Grand Slam crown in 2008 against then 22-year-old Tsonga.

Two years later, the Frenchman turned the tables in a five-set classic in the 2010 quarter-finals, crushing Djokovic's hopes of a second Melbourne trophy.

The players have had a different trajectory since the swashbuckling days of their early twenties but the gap has grown much wider in the past year.

While 31-year-old Djokovic is seeking a third successive Grand Slam title and a record seventh Australian Open crown, Tsonga's ranking has slipped to 177th after his 2018 season was cut short by knee surgery in April.

The gap was on full show as Djokovic cruised to victory in just over two hours, setting up a mouth-watering inter-generational clash with Canadian teenager Denis Shapovalov.

Yet there was still enough of the old magic on show from the burly Tsonga, whose 33-year-old legs scrambled hard to set up the shot of the night, a stunning forehand winner down the line from around the net.

Djokovic said he was a "a bit more nervy" than usual playing against Tsonga, even if plenty of seats were vacant at centre court, with the late hour caused by a scheduling logjam.

"Playing on the centre stage against Jo, who I consider one of the greatest rivals that I had throughout my life, my career," said Djokovic.

"Because of his injuries, he dropped his ranking, but the ranking is definitely not showing the right picture of his quality.

"I'm glad to see him playing. I hope that he can get back where he deserves: at the top of the tennis game."

Shapovalov is only 19 but very highly regarded. The Canadian said he would be studying up on fellow left-hander Rafa Nadal's game in a bid to compete with the Serbian 14-times Grand Slam champion.

"Good," shrugged Djokovic. "Everyone has access to YouTube. Doesn't worry me at all... Nadal and him, yes, I mean, the only thing they're sharing I think is the left hand.

"I don't think they share many similarities in their game. I think it's quite different."