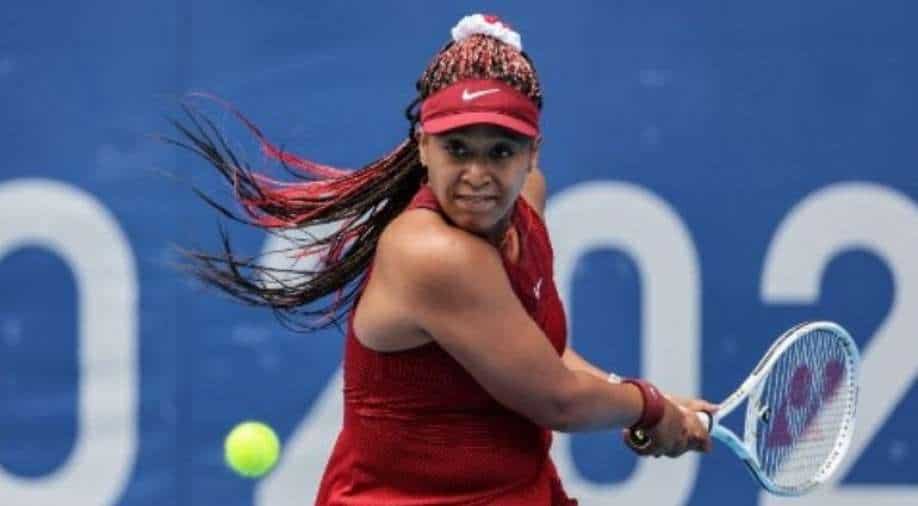 The Japanese 24-year-old, who also won the Melbourne Park title in 2019, will next meet 60th-ranked American Amanda Anisimova with a mouthwatering clash against Australian Barty potentially waiting in the round of 16.

Defending champion Naomi Osaka was pleased that she found a way out of a second-set blip to beat American Madison Brengle 6-0 6-4 and reach the Australian Open third round, staying on course for a potential fourth-round clash with top-ranked Ash Barty.

The Japanese 24-year-old, who also won the Melbourne Park title in 2019, will next meet 60th-ranked American Amanda Anisimova with a mouthwatering clash against Australian Barty potentially waiting in the round of 16.

Barty was equally ruthless in her 6-1 6-1 second-round win over qualifier Lucia Bronzetti earlier on the Rod Laver Arena and will next take on Italian Camila Giorgi.

Brengle won just nine points in the first set as an aggressive Osaka served superbly, facing no breakpoints, and returned strong to breeze through the set in just 20 minutes. Osaka hit 13 winners to zero managed by Brengle in the set.

Her dominant performance drew praise from Andy Murray, with the former world number one quipping on Twitter: "Anyone hit the ball cleaner from the baseline than @naomiosaka?"

"It`s a little bit shocking, because when you`re playing, you never really think the TV is broadcasting it and other people are watching," said Osaka.

"So, yeah, definitely really surreal. It was really cool just to have someone like him talking about my game."
Osaka said she was watching quite a few matches on television herself, including the ones of Australian Nick Kyrgios and Spanish teenager Carlos Alcaraz.

The 54th-ranked Brengle, 31, was also mostly a spectator as she helplessly watched Osaka dominate from the baseline.
The American had a big smile and raised both her arms in mock celebration as the crowd cheered her first service game win at the start of the second set with Osaka`s game suffering a sudden dip.

Read Also | Sania Mirza to hang up her boots after 2022 season end, feels 'body is wearing down, energy isn't same'

The unforced errors -- just nine in the opening set -- kept climbing as Osaka shrieked in frustration trying to get her game back on track. Brengle soon broke Osaka`s seemingly impregnable serve to go up 4-3.

But the service break seemed to wake Osaka up as the two-time U.S. Open winner regained control and won a flurry of points to seal the victory after 65 minutes with a second break of serve in the set.

"These are the type of matches that I need to play in Grand Slams, to get broken and to figure out a way to fight back in really crucial times," said Osaka, adding that she was "really disappointed" when she suffered the break of serve.

"I kind of rushed a lot in that specific service game, and you could kind of tell I was a bit shaky. I made a double fault where I really shouldn`t have.

"But I tried to shake that off in the return game right after, and I think I did pretty well there."