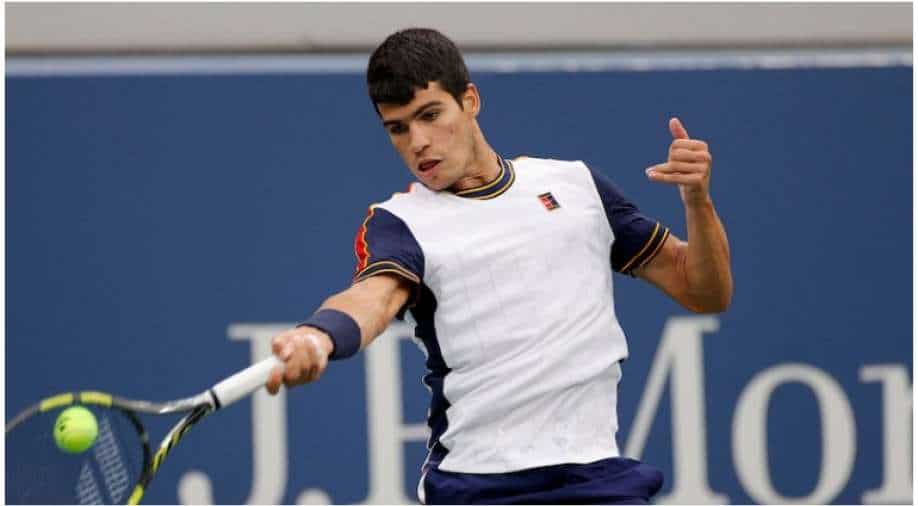 The Italian, who suffered from stomach problems in the first round, overcame the American with the help of 53 winners.

The Italian, who suffered from stomach problems in the first round, overcame the American with the help of 53 winners.

"It was a tough match. I think I started really well but then he started playing better and I wasn`t feeling my strokes after the first set, but I am happy to be through," Berrettini was quoted as saying by atptour.com. "My stomach is better, but it is never easy to recover from something like that, so that is why my energy wasn`t its highest. I am really happy to win."

Berrettini will take on Spanish teenager Carlos Alcaraz in the next round after the youngest Grand Slam seed in more than 30 years defeated Dusan Lajovic of Serbia 6-2, 6-1, 7-5 to advance to the third round.

After a strong start, Berrettini struggled to find his rhythm against Kozlov, who hit aggressively and with great depth to force the 25-year-old into errors. However, the world No. 7 was able to rely on his powerful serve to dig him out of holes, firing 21 aces and saving four of the five break points he faced in their first meeting on the ATP.

Berrettini is making his fifth appearance at the first major of the season, with his best result a fourth-round spot last year. However, the Italian has a strong Grand Slam pedigree, having reached Wimbledon final in 2021 where he lost to Serbia`s world No. 1 Novak Djokovic.

The 31st seed Alcaraz has yet to drop a set in Melbourne and will be targeting another deep run at a slam, after advancing to the quarterfinals at the US Open in September. The 18-year-old is the youngest player to be seeded at a major since Michael Chang at the 1990 US Open.

"I`m really happy with the performance today. It wasn`t an easy day with all the wind," Alcaraz said. "I knew that I`d have to be really focused on the match, really focussed on what I had to do."

Coached by former world No. 1 Juan Carlos Ferrero, Alcaraz had to advance through qualifying to make his main draw debut last year, but after a breakout season in 2021, he has returned as the 31st seed.

Looking ahead to his clash with Berrettini, whom the Spaniard beat in a third-set tie-break in their lone meeting last year indoors in Vienna, Alcaraz said, "It was a really close match... and I think I have grown up since that match. I`m going to have fun and let`s see what happens."