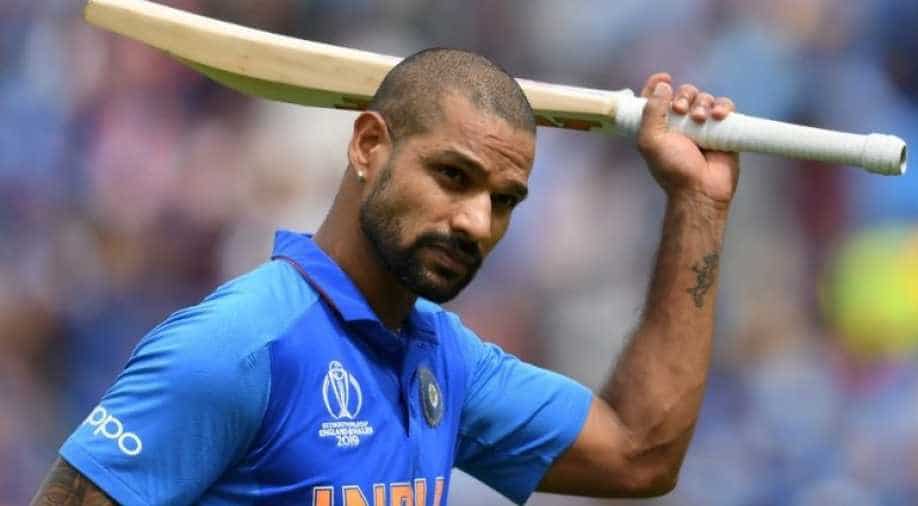 Team India will set out on a six-match visit through Sri Lanka in July. Aakash Chopra has picked his favored 17-member Indian squad for the Sri Lanka visit.

Aakash Chopra has picked his favoured 17-member Indian squad for the Sri Lanka visit and has named Shikhar Dhawan as the skipper.

Team India will set out on a six-match visit through Sri Lanka in July. With the vast majority of the standard team is set to be away in England at that point, the squad will include white-ball subject matter experts and youngsters who will be attempting to establish a connection with the international stage.

On his YouTube channel, Aakash Chopra picked Shikhar Dhawan and Prithvi Shaw as the openers in his squad while likewise naming the previous as the captain.

"Shikhar Dhawan the captain because we have seen in the last two years that he is upgrading his software and batting with great responsibility. Along with him, I am picking Prithvi Shaw. The form we have seen from him, I feel he should be the front-runner in this race," – he said.

"After that Shreyas Iyer if he is available. There is a talk of him playing county cricket but it would be better if you keep him for the six encounters here. Then Suryakumar Yadav and Ishan Kishan, although Mumbai Indians dropped him halfway through," added Aakash Chopra.
Aakash Chopra picked Hardik Pandya and Krunal Pandya to bat in the lower order and named Hardik as the vice-captain of his picked group.

"Hardik Pandya will be my vice-captain. And then Krunal Pandya. He played the last ODI series against England and performed well also," stated Chopra.
Aakash Chopra picked Yuzvendra Chahal, Deepak Chahar, and Bhuvneshwar Kumar as three of the frontline bowlers in his XI.

"After that Yuzi Chahal. Deepak Chahar whose performances have been outstanding with the white-ball. He should be given a chance in ODIs as well. If Bhuvi and he bowl together, our powerplay problem of not taking wickets can also be sorted out," said Chopra.

"After that Navdeep Saini, he has also been kept in cold storage. Neither India is playing him nor RCB. But I will keep him in my team because he was part of the team when India went to Australia and played a Test match also," - he said.

Aakash Chopra named Ruturaj Gaikwad/Devdutt Padikkal, Khaleel Ahmed or Jaydev Unadkat, and Kuldeep Yadav as stores for Shreyas Iyer, T Natarajan, and Varun Chakravarthy separately, if any of them is inaccessible.

"There is a question mark about T Natarajan's injury. But if he is fit, he will go off course. Rahul Chahar and Varun Chakravarthy are the two extra spinners I have kept. I have also given place to Prasidh Krishna in my team," - he added.

"Sanju Samson and Deepak Hooda, I will keep both these players. Sanju Samson has been playing good cricket, scored a century this year as well. Deepak Hooda has shown that he can be an explosive batsman at No.6 or No.7 and he can bowl a bit of off-spin," Aakash Chopra concluded.