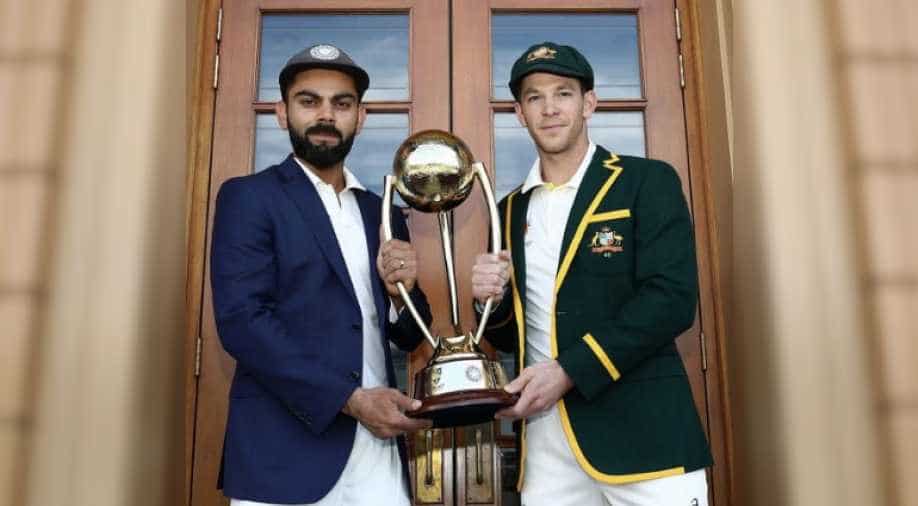 The Boxing Day Test played between December 26 and December 30 is one of the biggest year-end cricketing carnivals played at the historic Melbourne Cricket Ground (MCG) against the home team Australia.

As its history date back to 1950, the first day after Christmas is one of the best traditions in Australia and the crowd attends this encounter in huge numbers.

Once again, on Wednesday, the Australian side is ready to host India, led by Virat Kohli, in the third Test of the four-match series.

But before the nail-biting clash, let's take a look at the previous Australian performances on their most important day.

The year 1950, when the tradition of playing an international game on the Boxing Day actually began, nearly 60,486 people attended the game against England, on the first weekday following Christmas.

The fourth day of the game between Australia and England (during the 1950-51 Ashes series) was played which the hosts won by 28 runs.

For the next following years, the Boxing Day Test was not a regular fixture in the Australian cricket summer. It was in 1980, the Melbourne Cricket Club and the Australian team secured rights to begin a Test match on December 26 annually.

In 1989, instead of a Test match, an ODI was played on the Boxing Day against Sri Lanka.

The game became a regular fixture as it was a massive crowd puller. In 1975, which highlighted the popularity of the day and the game, 85,661 people attended the game against the West Indies.

It took another 31 years to better this record when 89,155 people were present at the MCG in 2006 for the Test match against England.

But it was in 2013 the game recorded the highest ever attendance on the Boxing Day. A total of 91,112 people audited this match against England, which Australia won by eight wickets.

Moreover, since 2000, the crowd presence on this day did not go down below 50,000. The lowest gathering was registered in 1993 against South Africa which ended in a draw.

India too experienced the taste of what it means to take on the Aussie spirit on Boxing Day at the Melbourne cricket ground(MCG) on December 26th, 2003 as Sourav's tigers leading 1-0 in the series sought to slay the home team.

Captain Sourav Ganguly won the toss and expectedly chose to bat as the capacity crowd at Melbourne sat down to witness another Indian batting extravaganza. The Indian summer in Australia truly arrived as Sehwag came out to bat with Akash Chopra.

Sehwag smashed the Aussie attack comprising of Brett Lee, Bracken, Williams and MacGill to all corners of the Melbourne stadium piling up 195 in just 233 balls. The Indian opener scored a massive 25 boundaries which included five sixes. The Boxing Day truly belonged to Sehwag and India as the Aussies applauded the new India.

In end, Sehwag holed out to Bracken on the boundary attempting another six as he eyed a double century falling short by five runs to be dismissed by Katich for 195, the highest score by an Indian at the MCG.

India finished the day on top at 329/4 powered by Sehwag's swashbuckling knock. However, the Aussies hit back during their innings as Hayden bludgeoned India scoring 136 and Ponting scored a match-winning double ton(257 with 25 boundaries, like Sehwag) as India crumbled to defeat losing by nine wickets.

The 43rd match between India and Australia will also be a memorable as the hosts will be playing for their pride while the Men in Blue will fight to return to the winning momentum.