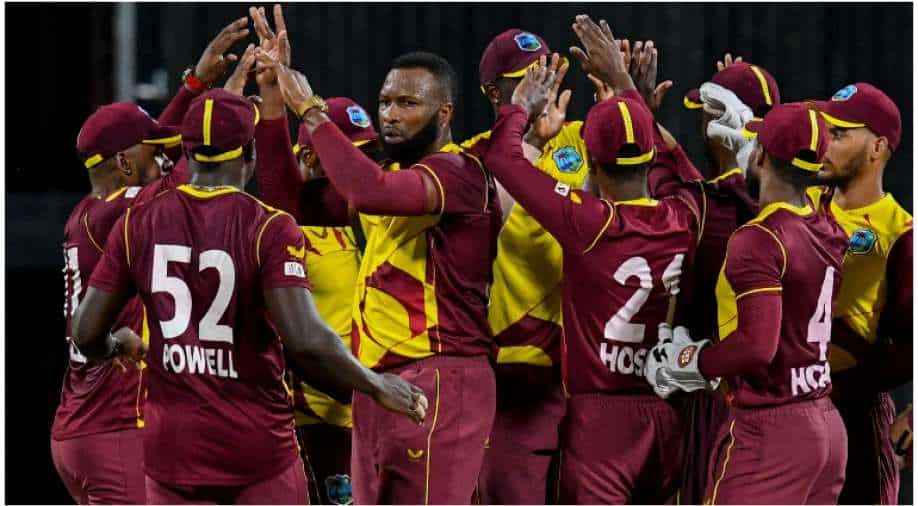 Powell blazed to 107 off just 53 deliveries while senior batter Nicholas Pooran contributed a quick-fire 70 off 43 balls as West Indies posted a mammoth 224/5 in their allotted 20 overs.

West Indies rode on an electrifying maiden century by Jamaican all-rounder Rovman Powell to beat England by 20 runs in the third T20I of the series and take a 2-1 lead in the five-match series. Powell blazed to 107 off just 53 deliveries while senior batter Nicholas Pooran contributed a quick-fire 70 off 43 balls as West Indies posted a mammoth 224/5 in their allotted 20 overs.

In response, wicket-keeper Tom Banton (73) and Phil Salt (57) scored half-centuries but England could manage only 204/9 in 20 overs to fall short by 20 runs. Romario Shepherd was the best West Indies bowler on the night as he claimed 3/59 off his four overs while skipper Kieron Pollard picked 2/31 off his full quota.

England won the toss and elected to bowl and they got early success when opener Brandon King (10) was bowled by pacer George Garton (1/57) with the score at 11 in the second over. Shai Hope too departed early, caught by Banton off Liam Livingstone for four.

But Nicholas Pooran and Rovman Powell steadied the West Indies innings and quickly raised 122 runs for the third wicket to take them to safety. West Indies reached 54/2 in the powerplay as Pooran reached his fifty off 34 balls and Powell followed suit, scoring his fifty off 31 balls.

Powell stormed to his century off 51 deliveries as West Indies raced to 200 in the 19th over. In reply, Jason Roy and Tom Banton gave England a good start as they raced to 61/1 in the powerplay despite losing Roy (19) with the score at 33. Roy, who struck two sixes in his 16-ball knock was caught by Jason Holder off Shepherd.

Banton went on to score a 39-ball 73 but England kept losing wickets at the other end. Though a 24-ball 57 by Phil Salt raised their hopes and took them close to the West Indies total in the end they fell short by 20 runs.