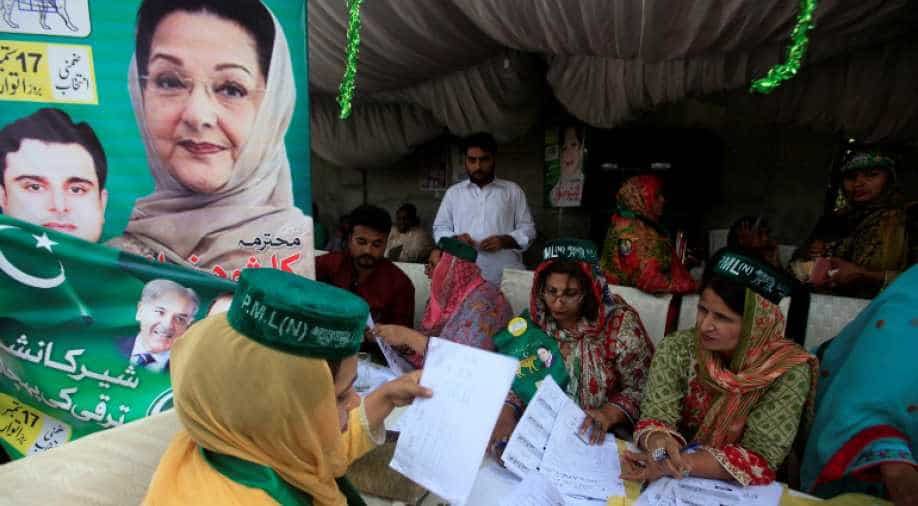 The main opposition Pakistan Tehreek-e-Insaf (PTI) party made gains but alleged voter irregularities in the eastern city of Lahore, the electoral heartlands of the?Sharif?family since 1980s.

The wife of ousted Pakistani Prime Minister Nawaz Sharif on Sunday (September 17) captured his parliamentary seat with a reduced majority in a by-election seen as a test of support for the Sharif dynasty ahead of the 2018 general election.

Sharif's daughter Maryam said her mother Kulsoom won despite Pakistan Muslim League-Nawaz (PML-N) party workers being threatened and kidnapped. Although she did not name anyone, PML-N sources said she was referring to alleged intimidation by parts of Pakistan's powerful military.

The main opposition Pakistan Tehreek-e-Insaf (PTI) party made gains but alleged voter irregularities in the eastern city of Lahore, the electoral heartlands of the Sharif family since 1980s.

Official results are yet to be announced but party officials who also tallied the numbers say Kulsoom, who did not campaign as she is receiving treatment for cancer in London, scooped about 53.5 percent of the vote, with the party's majority reduced from about 61 percent in the 2013 general election.