Why a long-term defence pact with India is not in Bangladesh?s interest 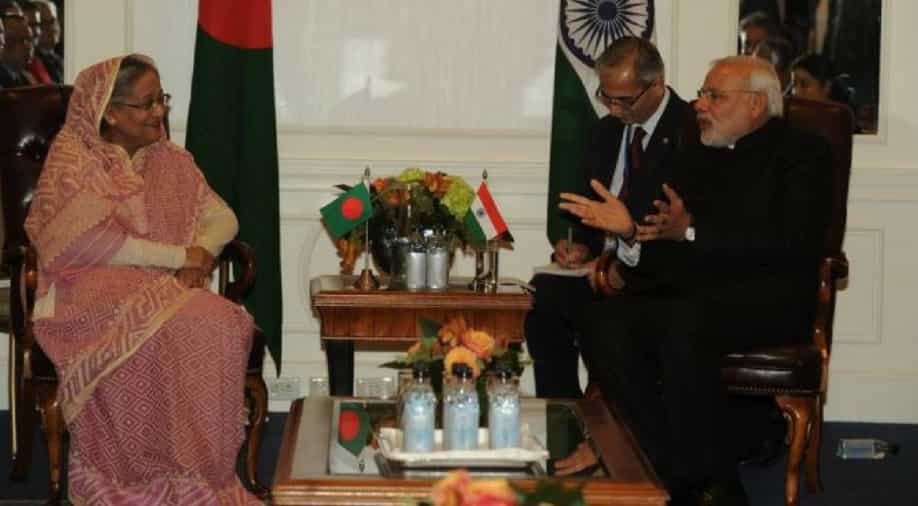 The sane people in Bangladesh do not think that Bangladesh and India are enemies although since 1975, right wing political forces have tried to paint such a picture. Even today, some fringe elements in the Bangladeshi intelligentsia keep peddling such a narrative to an audience that thrives on this.

However, over the past several years, the sensible quarters of the civil society and media have been able to reassert, by and large, the objective narrative of mutual trust and the benefits of Bangladesh-India cooperation and the need for strengthening it. India didn’t do anything in the last 46 years that shows New Delhi's intent to gobble up Bangladesh. Nor it is possible. False fear mongering and small neighbour mentality are out.

There are big economic and political changes taking place in the region and beyond. It is an ongoing geopolitical game and all the interested parties are trying to get the most out of it through conventional non-violent means i.e. strategic posturing, economic cooperation, diplomacy, etc.

Unlike in the past, today, bigger domestic constituencies of leading developing countries are getting increasingly interested in their nations' regional and global standings. Therefore, alongside international politics and security, other factors such as economic benefits, regional or international stature and even domestic politics have become important determinants of bilateral and multilateral relationship between countries.

Since the Narendra Modi-led Hindu nationalist BJP government came to power in India in 2014, riding on the development plank, India-Bangladesh relationship needed a reboot. The secular Awami League under Sheikh Hasina, with a history of good relations with the secular Indian National Congress, continued to be in power in Dhaka for a second term.

Both the governments realised that inter-state relations come ahead of inter-party relations across the border and thus developed a good working relationship. Moreover, Bangladesh and India have a shared history and commonalities of culture, not to mention the huge volume of bilateral trade and other interactions.

However, Bangladesh is an aspirational country and it is already the world’s 31st largest economy in terms of purchasing power parity. It has a big population with a large number of young people who want jobs and a good life. Therefore, when it comes to economy, Bangladesh, like other Least Developed Countries (LDCs), needs more FDI in infrastructure, manufacturing, processing industries and other fields. As the western, Japanese and West Asian finances are drying out, China is fast stepping into that vacuum. It has overtaken India as the largest trading partner of Bangladesh. Bangladesh's military is also dependent on Chinese supply of military hardware as those are of reasonable standards and are affordable.

Bangladesh’s cosiness with China seems to have puzzled India, Beijing's geopolitical competitor. It is a different matter that India is currently utilising China’s economic rise and has replaced Pakistan as China's largest trade partner in South Asia.

Much has not been disclosed but there is a sense that India would also seek a deeper military strategic alliance. This would serve the Modi government very well as the overall security and geopolitical rise of India are key promises made by Modi. If successful, this defence agreement with Bangladesh would help Modi in his 2019 re-election bid. He can then claim that he has been successful in ‘isolating Pakistan in South Asia’ and ‘resisting China in this part of South Asia’.

What does this mean for Bangladesh and the Awami League government?

Bangladesh doesn’t need Indian armaments which are not known for their quality although Dhaka may wish to reduce its dependence on Chinese armaments, owing to China’s proximity to Myanmar. But for that, Dhaka would do better to look at Russia or Eastern Europe.

The Awami League government of Bangladesh, unlike the BJP in India, will be significantly embarrassed in the domestic political sphere if this agreement goes through. Its detractors have long accused it as a pro-India party.  Moreover, Bangladesh still has important unresolved issues with India like water sharing of the Teesta and other rivers.

India also did not support Bangladesh on the humanitarian Rohingya issue, considering its own geostrategic interest in Myanmar. Most importantly, a comprehensive India-Bangladesh defence pact would inevitably raise the obvious question as to who the pact is against. It will send China, Bangladesh’s strategic economic partner, a wrong signal. Beijing has just committed to invest a whopping $27 billion in Bangladesh while indicating that it could invest another $13 billion in the private sector. Bangladesh, therefore, will do well to keep out of the India-China geopolitical competition and engage in economic ties with both.

The Modi government made the lingering Land Boundary Agreement a reality and allowed more Bangladeshi products to reach the Indian markets without tariff. Bangladesh actively and consistently went after hideouts of northeast Indian insurgents along its border. Bangladesh will probably reciprocate by allowing India’s landlocked northeast region to use its seaports for a reasonable fee.

Bangladesh doesn’t consider India as an enemy but it is surrounded by the country on three sides. The adjacent northeastern region of India is a highly militarised zone and keeps Bangladesh wary at all times. It is also difficult for Bangladesh to gauge the direction of India's domestic politics in the light of anti-Bangladesh rhetoric, specially on immigrants, used in previous general elections. India’s record of politico-military involvement in Sri Lanka also doesn't help.

Many Bangladeshis are worried about the state of Muslims in India as news of discrimination and persecution by Hindutva activists keep making news. On the other hand, Bangladesh’s current relationship with Pakistan is moving from bad to worse. Currently, Bangladesh’s relationship with the rest of the Islamic world is less cosy than in the past for obvious reasons. Even though India and Bangladesh share a warm relationship at present, Bangladesh doesn’t want to put all its eggs in the same basket by aligning too closely with the saffron dispensation in New Delhi.

Therefore, neither Bangladesh wants acrimony with India nor does it need any defence cooperation. It’s better that Bangladesh’s defence remains independent of India. Rather, a memorandum of understanding (MoU) on friendly coexistence and cooperation in countering terrorism and extremism would be a fair shot for both the countries. Hopefully, the Indian government would understand Bangladesh’s conundrum and would settle for something sustainable for both the sides.