US envoy for Taliban talks back in Kabul: Official 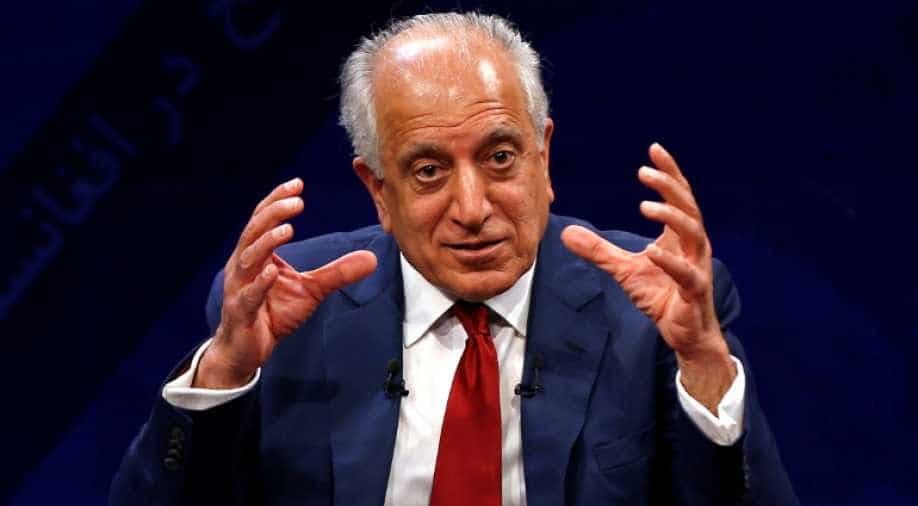 Islamabad has helped facilitate the talks between the militants and Washington in Qatar over the past year.

The US special envoy leading negotiations with the Taliban was set to meet with the Afghan president Saturday, an official confirmed, in an apparent renewed push for talks on an agreement with the insurgents.

Washington and the Taliban are still wrangling over a possible deal that would see American troops begin to leave Afghanistan in return for security guarantees.
However, in recent weeks, the US has been largely quiet on the exact status of the talks.

US Special Representative for Afghanistan Reconciliation Zalmay Khalilzad was prepared to hold talks with Afghan President Ashraf Ghani in the afternoon, according to the leader's spokesman.

The details of what they were planning to discuss were unknown.

The US embassy in Kabul did not immediately comment on the envoy's arrival. Khalilzad's trip to Afghanistan comes a day after the envoy travelled to Pakistan where he met with a host of officials including the country's powerful top general Qamar Javed Bajwa.

Islamabad has helped facilitate the talks between the militants and Washington in Qatar over the past year.

Khalilzad "welcomed Pakistan's ongoing efforts to support a reduction in violence that will pave the way for a US-Taliban agreement, intra-Afghan negotiations, and a comprehensive and permanent ceasefire in support of a sustainable peace", read a statement released by US officials in Pakistan.

The US and Taliban had been negotiating the deal for a year and were on the brink of an announcement in September 2019 when President Donald Trump abruptly declared the process "dead", citing Taliban violence.

Talks were later restarted in December in Qatar, but paused again following an attack near the US-run Bagram military base in Afghanistan.

Taliban sources told AFP last month they had offered to initiate a brief ceasefire of seven to 10 days to help secure a deal, but there was no announcement of the details of the proposal by either party.

As talks have fluctuated, violent attacks in Afghanistan have raged, with the number of clashes jumping to record levels in the last quarter of 2019, according to a US government watchdog report released Friday.