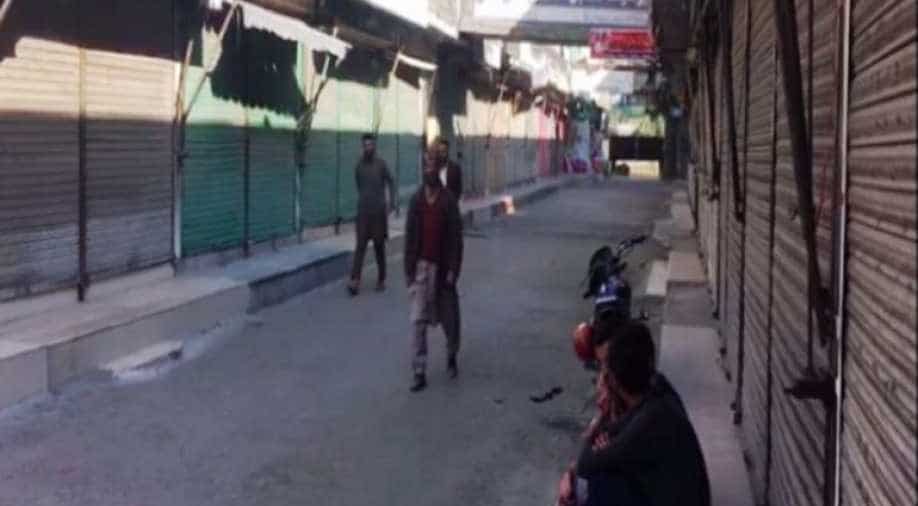 People in Gilgit-Baltistan and PoK are finding it hard to make ends meet as unfair taxation by Pakistan administration has badly affected their small businesses.

Traders and shopkeepers across the illegally-occupied regions in Pakistan occupied Kashmir (PoK) and Gilgit-Baltistan continue to hold a shutter-down strike against unfair taxation policies of the Pakistani government.

They said that they reject the taxation policies introduced in the federal budget by the Pakistan government which negatively impacts businesses in PoK.

Another major irritant for them is the cumbersome procedure requiring anyone buying items worth 50,000 Pakistani rupees or more to produce identity papers.

Shaukat Nawaz Mir, Secretary of Traders Association in Muzaffarabad city, said: "This shutter down strike is being observed here against the Federal Board of Revenue (FBR), Pakistan income tax policy 2019. We do not accept these unjust policies. Currently, FBR and income tax officials are blackmailing traders, misguiding them and taking bribes from them".

Pakistan had secured a provisional 6-billion-dollar IMF loan in April. It was followed by a sharp hike in tax revenues amid spiralling inflation.

The ongoing economic crisis has badly affected people in the region, who lack access to water, electricity and even the most basic requirements.

"The department (Pakistan administration) is suppressing us. They are depriving our children from their own waters (Neelum and Jhelum rivers), shouldn't we protest? Why should we sacrifice our resources? We are getting electricity at a much higher price (compared to Pakistan); we have to face load-shedding all the time. It is enough. We have to first look at our rights and our children's rights," Nawaz Mir further said.

The new taxation policies imposed by Islamabad are causing resentment in Gilgit-Baltistan as well.

The business community is on strike and demands the abolition of the CNIC (Computerized National Identity Card). The other demands include the restoration of the 1.2 million rupees income limit for income tax, the announcement of fixed tax scheme for traders, and problems created by Pakistan Telecommunication Authority for registration of mobile phones.

"Today we are observing a shutter down strike all across Gilgit-Baltistan. We are protesting against the new tax policies implemented by the FBR. The unjust taxes have put the businessmen in a difficult situation. Taxes on business directly affect the public and the small traders," said a local trader in Gilgit.

Another trader said, "There can be no implementation of taxes in Gilgit-Baltistan, they have already been abolished. We condemn this and will continue to protest against it. Gilgit is an illegally occupied territory (by Pakistan); in Jammu and Kashmir, many subsidies are given to the people. If they continue to impose taxes, we will hold even bigger protests".

People in Gilgit-Baltistan and PoK are finding it hard to make ends meet as unfair taxation by Pakistan administration has badly affected their small businesses.
Under these circumstances, the disgruntled local traders and the people could launch a massive protest against Islamabad in the coming days.