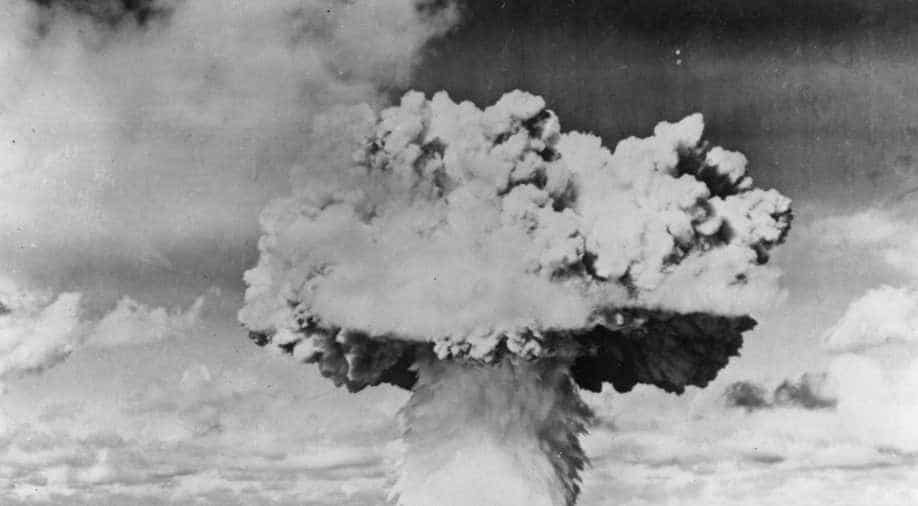 The Nuclear Suppliers Group (NSG) was formed in 1978 after India – which has not signed the Non-Proliferation Treaty (NPT) – conducted a nuclear test in 1974. Today, 48 countries are members of the NSG which seeks to prevent the spread of nuclear weapons via two sets of guidelines. One for nuclear exports and the other for nuclear-related exports. Members implement the guidelines in accordance with their national laws and practices.

So what's happening this week?

The NSG is meeting in Seoul, South Korea to consider applications by India and Pakistan for membership, among other things. (This is what India believes, although China says Indian membership is not on the agenda.)

How does the Nuclear Suppliers Group operate?

The NSG operates by consensus, which is why every vote matters. Some members (like China) have expressed reservations about admitting new countries (like India). China says the NSG should determine criteria before admitting new members like India, which is not a signatory to the NPT. The NPT aims to prevent the spread of nuclear weapons and related technology, to promote cooperation in the peaceful uses of nuclear energy, and to further the goal of achieving nuclear disarmament. It was signed in 1968 and came into force in 1970. India says the NPT is discriminatory since it only recognises countries which conducted nuclear tests before 1968 as nuclear-weapons states. China tested a nuclear weapon in 1964.

Why does India want to become a member?

Is there a backstory?

The India-US joint statement of 2005 reads that “as a responsible state with advanced nuclear technology, India should acquire the same benefits and advantages as other such states. (The US) will work to achieve full civil nuclear energy cooperation with India as it realises its goals of promoting nuclear power and achieving energy security. (The US) would also seek agreement from (the US Congress) to adjust US laws and policies, and the US will work with friends and allies to adjust international regimes to enable full civil nuclear energy cooperation and trade with India”.

Subsequently, in 2008, India and the US signed a bilateral civil nuclear cooperation agreement and the Nuclear Suppliers Group adopted a policy of civil nuclear cooperation with India, ending decades of technology sanctions against India.
Although the 2008 India-US nuclear deal effectively ended India’s isolation – a result of its 1998 nuclear tests – and enabled it to access nuclear fuel and technology, India says all remaining restrictions on the sale of nuclear and other high technology to and by India should be lifted by admitting India into four technology control regimes: the Nuclear Suppliers Group, the Missile Technology Control Regime, the Wassenaar Arrangement, and the Australia Group.

Who wants India in, and who doesn't?

The US has welcomed India’s application to join the NSG and reaffirmed that India is ready for membership. The US also reaffirmed its support for India’s early membership to the Australia Group and Wassenaar Arrangement.
The UK has said that it would firmly support India’s application.
China wants the Nuclear Suppliers Group to determine criteria for membership, because India has not signed the NPT. Also, China wants the NSG to admit Pakistan should India become a member.

Does India have the right to to get in?

A large number of countries have affirmed their support. Others like Switzerland and Mexico had voiced their reservations but came around after Indian Prime Minister Narendra Modi visited their capitals in May 2016.
China is seen as the last holdout. India's foreign minister Sushma Swaraj says she is hopeful of securing China’s support; she told a news conference in New Delhi on June 19 that “in India’s case, instead of criteria, its credentials should be taken into account”.

A foreign diplomat who did not wish to be named told WION that India has an impeccable track record of non-proliferation and that it is high time it is welcomed into the elite club. India “deserves to be admitted,” the source said, adding that India has lived up the expectations of the international community so far as non-proliferation is concerned.

What is the Missile Technology Control Regime?

Established in 1987, the Missile Technology Control Regime (MTCR) seeks to prevent the spread of ballistic missiles and other unmanned delivery systems that could be used for chemical, biological, and nuclear attacks. Its members are expected to restrict the sale of missiles and related technologies capable of carrying a 500-kilogram payload at least 300 kilometres.
India is virtually assured of membership to the MTCR. In May 2016, the 34-member MTCR agreed to admit India. As the June 7, 2016 India-US joint statement says, the leaders of the two countries “looked forward to India’s imminent entry into the Missile Technology Control Regime”.

What is the Wassenaar Arrangement?

The 41-member Wassenaar Arrangement has been established to regulate the transfer of conventional arms and dual-use goods and technologies and to prevent the acquisition of them by terrorists.

What is the Australia Group?

The 42-member Australia Group is an informal forum of countries which seeks to ensure that exports do not contribute to the development of chemical or biological weapons.