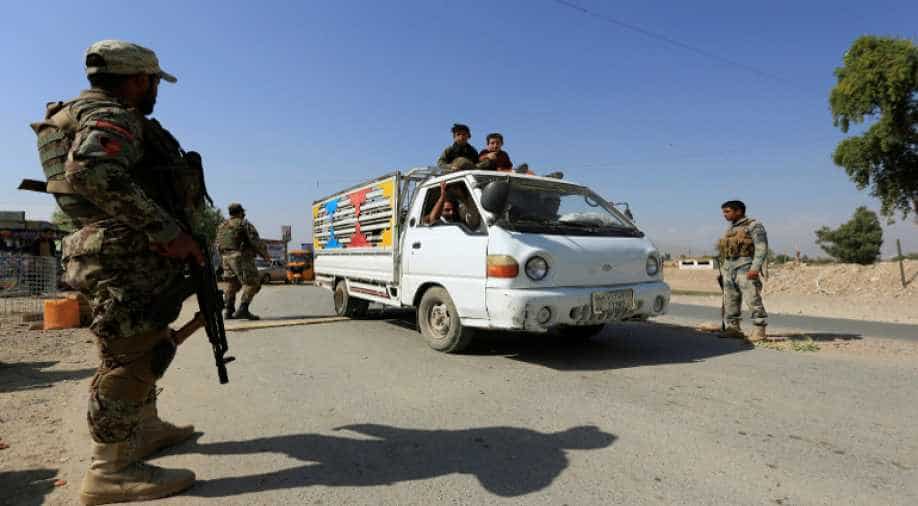 Another 12 were wounded in the Taliban-claimed blast in the Wardak provincial capital of Maidan Shar, provincial police spokesman Hekmatullah Durrani told AFP.

Another 12 were wounded in the Taliban-claimed blast in the Wardak provincial capital of Maidan Shar, provincial police spokesman Hekmatullah Durrani told AFP.

The explosion happened as the bus entered the main entrance of a police compound. Two officers and three workers were among the dead, Durrani said.

The wounded were all mechanics on the base.

In a WhatsApp message, Taliban spokesman Zabiullah Mujahid said "tens of Afghan police and soldiers were killed" in the attack.

The latest attack by the Taliban comes amid a flurry of US-led diplomatic activity to convince the group to negotiate an end to the 17-year war.

In an apparent move to aid talks, top Taliban commander Abdul Ghani Baradar has been released by Pakistan after more than eight years in detention, sources said Thursday.

That came less than two weeks after US envoy Zalmay Khalilzad met with the Taliban's representatives in Qatar to discuss ending the Afghan conflict.