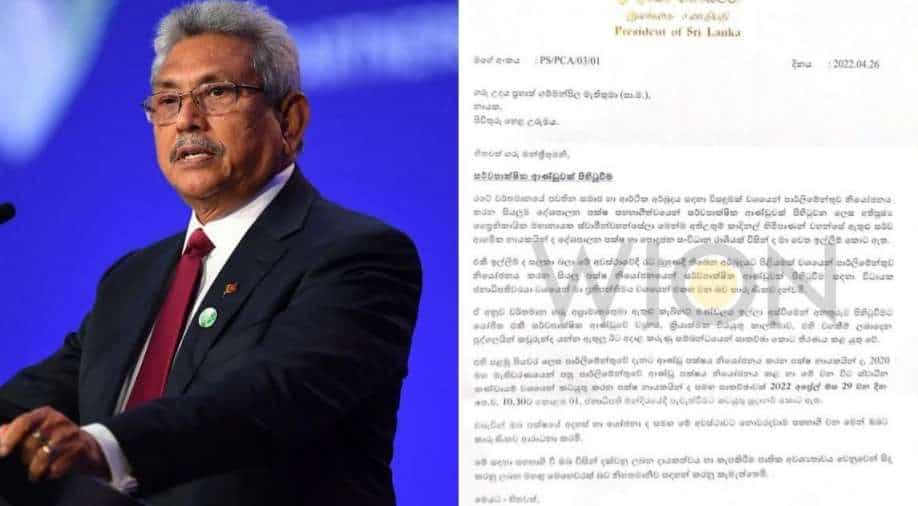 WION asked the former Minister of Energy Udaya Gammanpila, who is an independent MP, about the letter. He confirmed that they received it

Amid an unprecedented economic crisis in the country, Sri Lankan President Gotabaya Rajapaksa on Wednesday (April 27) said that he is willing to form an all-party government that can be formed after the Prime Minister and Cabinet resigns.

In a letter obtained by WION, Rajapaksa has extended an invitation to political parties in the government to discuss, establishing an all-party government.

WION asked the former Minister of Energy Udaya Gammanpila, who is an independent MP, about the letter. He confirmed that they received it and a final decision among the 40 MPs, who comprise 13 parties that now sit independently in parliament, on whether or not to attend the meeting will be made on Friday (April 28).

As mentioned in the letter, Rajapaksa has invited leaders of parties and independent groups that helped form his government to meet him.

In a letter, he noted that he had taken into consideration the requests made by the Mahanayake's of the Three Sects, His Eminence Malcolm Cardinal Ranjith, Religious Leaders, as well as those from political parties, and civil organisations. 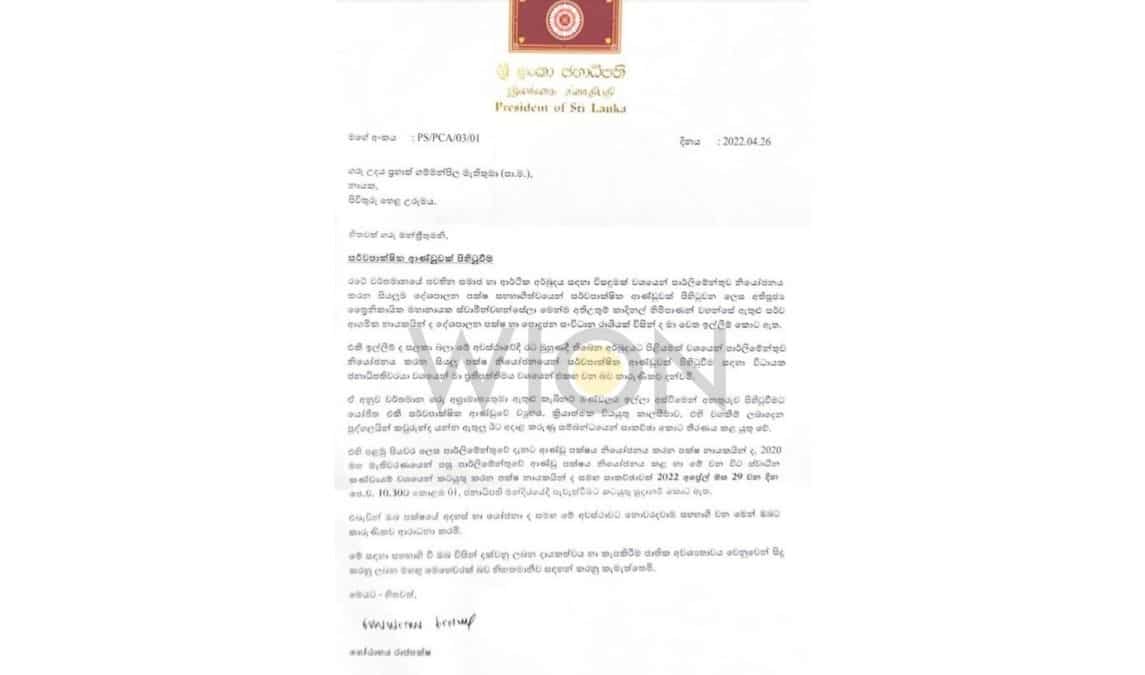 In letter obtained by WION, Rajapaksa has extended an invitation to political parties in the government to discuss, establishing an all-party government.

The letter notes that discussions need to take place concerning the structure, period of implementation and individuals with responsibilities of the proposed all-party government.

While the meeting is set to take place on Friday, Prime Minister Mahinda Rajapaksa speaking to local government representatives at the Temple Trees today said that the "President has not asked me to resign and I also believe he will not do so".

Sri Lanka is struggling to tackle the economic crisis, which is caused in part by a lack of foreign currency. The situation led to acute shortages and very high prices, leaving the economy in tatters with people protesting across the country.

It has been understood that Sri Lanka has nearly $7 billion in foreign debt due for repayment this year and will need to repay $25 billion over the next five years.