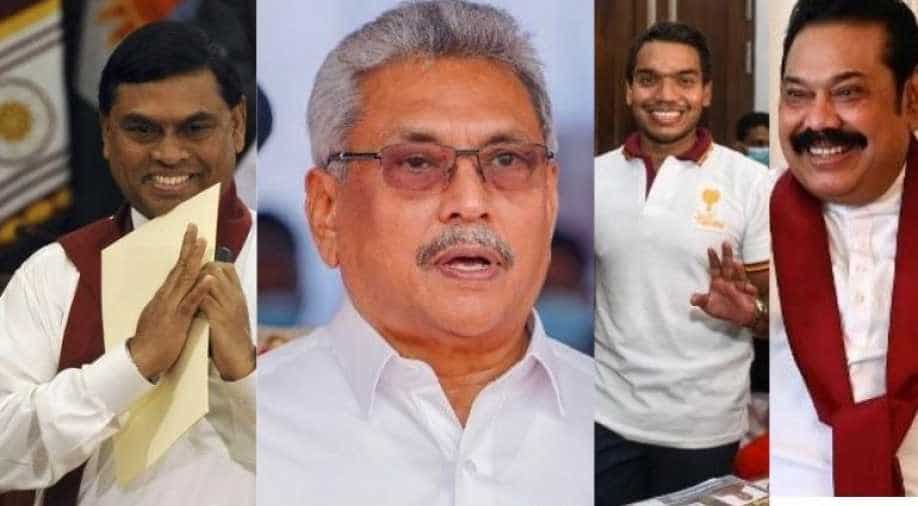 Gotabaya and Mahinda will control the key defence and finance portfolios, respectively, in the new 26-member cabinet

His brother Mahinda will lead the government, formed after their nationalist party's landslide win in a parliamentary election last week.

Gotabaya and Mahinda will control the key defence and finance portfolios, respectively, in the new 26-member cabinet.

Their elder brother Chamal kept his place in the cabinet and was joined by Mahinda's eldest son, Namal, who was named sports minister.

The growing dynastic imprint was strengthened by one of their nephews, Shasheendra Rajapaksa, who joined the government as a state agriculture minister though he will not be in the cabinet.

Pursuing a nationalist agenda, their party has won a two-thirds majority in parliament, which allows them to change the constitution and tighten their hold on power.

The brothers want to scrap a 2015 constitutional amendment which transferred some executive powers from the president to the prime minister, along with independent institutions to run public services and the judiciary.

In the new cabinet, Mahinda was given three portfolios -- finance, culture and housing -- while their eldest brother Chamal, 77, was given irrigation, a powerful position in largely rural Sri Lanka.

Chamal was also made the state minister for defence, a non-cabinet position responsible for internal security and disaster management.

The swearing-in of ministers was carried out at the Temple of the Tooth, the holiest Buddhist shrine, in the presence of saffron-robed monks and other guests in Kandy, 115 kilometres (71 miles) east of Colombo.

The venue was carefully chosen to reinforce the Rajapaksa family's appeal to their majority Sinhala-Buddhist constituency.

The president took his oath after his November landslide in front of a pagoda built by a legendary Sinhala king known to have vanquished a rival from the minority Tamil community.

Mahinda was sworn in as Prime Minister on Sunday at the Kelaniya temple which Buddhists in Sri Lanka believe to have been visited by the Buddha himself.