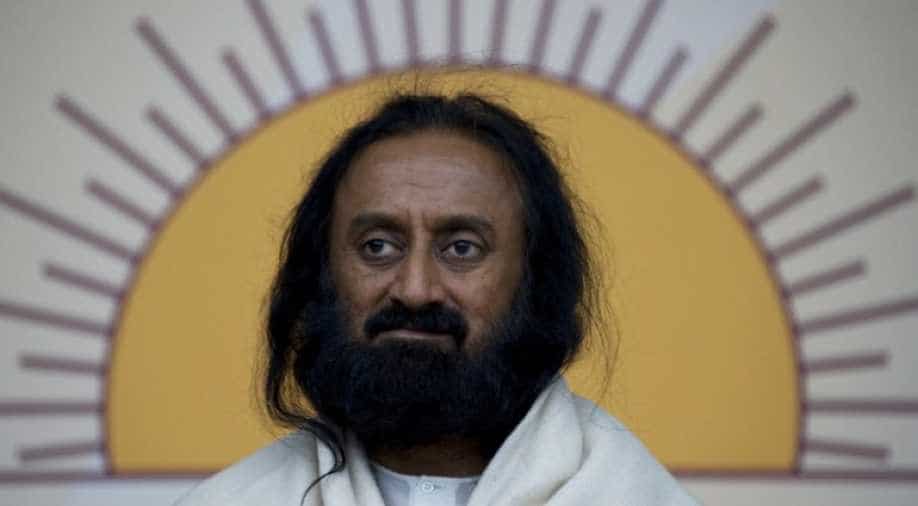 Sri Sri Ravi Shankar said Sankranti and Pongal is bigger than Diwali for Tamils and this sentiment has to be respected. Photograph:( AFP )

He said Sankranti and Pongal is bigger than Diwali for Tamils and this sentiment has to be respected. “Bulls are decorated and well taken care off and if you ban them it is like saying that people should not visit sisters on bhai dooj festival,” he said. Sri Sri Ravi Shankar argued that bull sport is not confined to Tamil Nadu only as it is prevalent in other states.

On the question of cruelty against animals he said that specific cases can be looked into but to ban the whole festival is not correct. He insisted that stringent laws and rules should be implemented instead of banning the festival itself. He even argued that if bulls aren’t used in the festival then they are sent to the slaughter houses.

“If cruelty against the animals has to be stopped then slaughter houses need to be closed down. Banning them would eventually diminish the stock of the native breed,” he said. He argued that in Orissa 15 indigenous breed of bulls have been lost. “People suspect it to be a conspiracy against indigenous breeds,” he said.

Jallikattu ban has evoked a sharp response in Tamil Nadu and has led to a large protest at the Marina Beach. Sri Sri Ravi Shankar also said that he is not against progressive law making but said that ban doesn’t make it progressive law making.” We are missing the point. We have to look into the process of the festival. It has riled up the whole community and this needs to factored,” he said. Though he refrained from commenting on the issue of judicial activism.

Though he admitted that witch hunt against PETA must end and added by saying that the misgivings of the organization must be addressed. On this very issue Tamil Nadu chief minister has submitted a memorandum to the Prime Minister Narendra Modi to bring in the amendment to override the Supreme Court’s verdict.