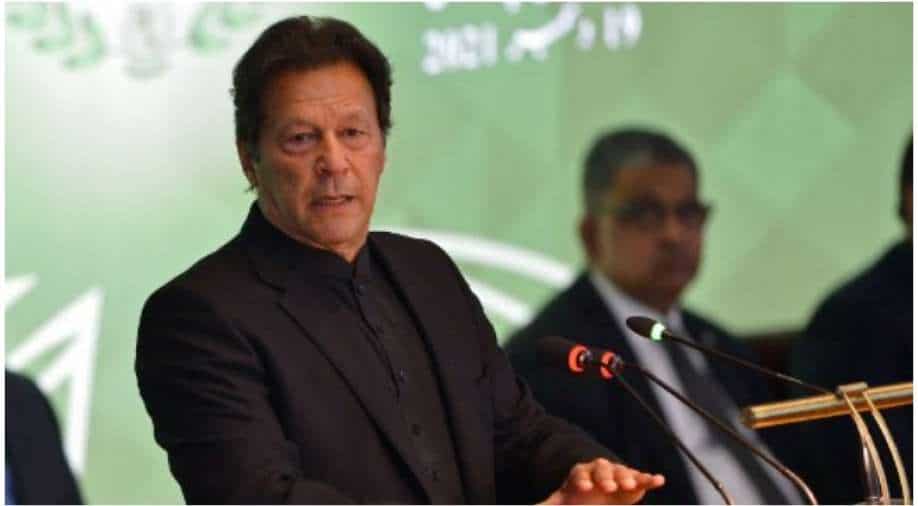 The letter requested the Election Commission on the proposed dates for holding the election in accordance to the provisions of the constitution.

The Pakistan president's office wrote to the country's Election Commission on Wednesday to hold elections after the National Assembly was dissolved on April 3.

The notification said the "president shall appoint a date, no later than 90 days from the date of dissolution of National Assembly" to hold the general election.

The letter requested the Election Commission on the proposed dates for holding the election in accordance to the provisions of the constitution.

The move comes even as Pakistan's Supreme Court is hearing an argument related to the dissolution of the National Assembly. PM Imran Khan has been named the caretaker prime minister until a new name is proposed.

Khan's key ally the Muttahida Qaumi Movement-Pakistan (MQM-P) had walked out of the government ahead of the vote on Sunday.

PM Imran Khan faced a no-confidence vote in Parliament however the deputy speaker dismissed the motion as the prime minister called for a dissolution of the house in a dramatic TV appearance as the Parliament was in session.

The opposition then challenged the decision to block the vote in the Supreme Court. The five-judge panel is currently hearing the argument from both sides, however, the exact date of the final ruling is unconfirmed.

On Wednesday, the Pakistan Supreme Court adjourned the hearing which was taken up again on Wednesday as opposition lawyer Makhdoom Ali Khan said Prime Minister Imran Khan's move was in violation of the constitution.

"This is not just a matter of procedure but it is in negation of parliamentary democracy," Makhdoom Ali Khan told the court. The court is hearing PM Imran Khan's side today.

Imran Khan came to power in 2018 promising a "Naya(naya) Pakistan", however, the country has been hit by high inflation and economic crisis.