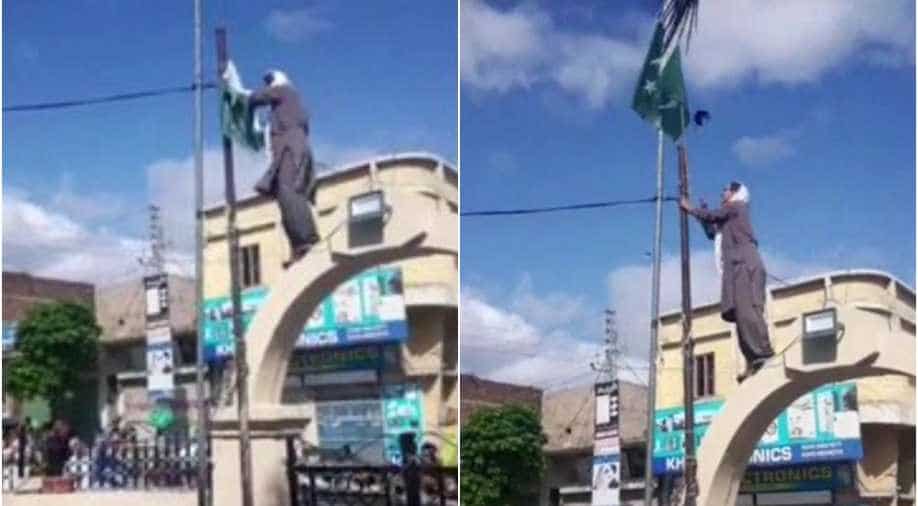 Activist Tanveer Ahmed was arrested and allegedly tortured by Pakistani agencies after he removed Pakistan's flag from a popular public place in Pakistan-occupied Kashmir (PoK).

In a video, Ahmed claimed he had removed a Pakistani flag from the area, adding he was being followed by the secret agencies. He then climbed on a wall and removed the second Pakistani flag hoisted at the square.

Pakistan Occupied Kashmir: An activist who was on a hunger strike demanding the removal of Pakistani flags from the area, later removed the flags by himself in Dadyal. He says, "I removed a Pakistani flag from the area & now I am being followed by secret agencies." (21.8) pic.twitter.com/RLMkdgSP1H

Sources told ANI that he was later mishandled and threatened by the security agencies.

People in PoK are resisting against Pakistan's illegal occupation and demanding Pakistani forces and other officials to leave the region.