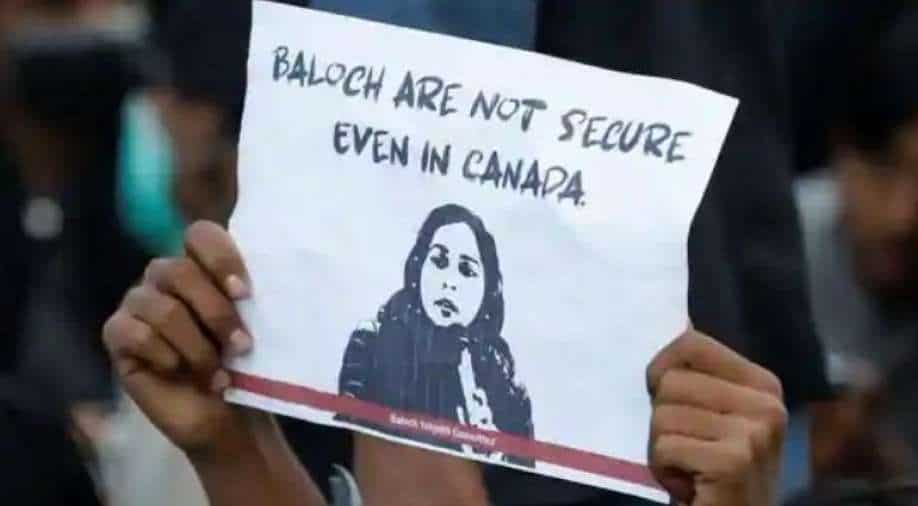 There were several reports claiming that the activists, Karima Baloch, was receiving death threats from the Pakistan military, which the South Asian country refused

Last month, a prominent Pakistani activist was reported missing in Toronto, and then her dead body was found a day later.

There were several reports claiming that the activists, Karima Baloch, was receiving death threats from the Pakistan military, which the South Asian country refused.

However, now the Pakistan authorities have refused to handover Karima's dead body to her family members, giving rise to the previously-stated concerns of the activist receiving threats. Her dead body has reached Tump, her hometown.

Karima Baloch's family has accused the Pakistan authorities of escorting her dead body to Balochistan illegally — which is Karima's hometown.

Her grieving brother, Sameer Mehrab, has claimed these accusations to be true and has called Pakistan a 'nuclear Islamic', saying a dead woman is also unsafe from abduction in Pakistan.

As Karima Baloch’s body is being illegally and forcefully escorted, all it proves is that a mighty nuclear Pakistan’s Islamic state is shaken by a dead body of a Baloch woman. pic.twitter.com/qOAlGjpk9J

"Pakistani officials at Karachi airport informed my family that they are sending Karima Baloch’s body to Turbat via a chartered flight, against our will. This is unacceptable. We want them to hand over her body to us. We dont need their assistance. We’ve arrange transprt ourselves," Sameer tweeted.

He has also claimed that Pakistan solely wants to avoid the accusations and the press attention it will follow, due to which the state is not even allowing anyone to come to pay respects to the woman who once raised her voice for the betterment of the citizens of the country.

Sameer has also informed that they were being taken to an unknown destination by the local authorities. "At this point, my family is being escorted by Pakistani authorities via road through unknown routes out of Karachi. We don’t know where they are heading to. This is what hijacking of a body looks like," he tweeted.

At this point, my family is being escorted by Pakistani authorities via road through unknown routes out of Karachi. We don’t know where they are heading to. This is what hijacking of a body looks like.

It has also been reported by the local media that forms of communications have been suspended temporarily in Kech, Balochistan and all entryways into Tump — Karima's hometown where her body will be burnt — have been closed.

Pakistani authorities shutdown all communication systems in Kech, #Balochistan. All entryways to Tump, @KarimaBaloch’s hometown, are closed. We don’t know what Pakistan’s security forces are doing to Karima’s body and her family who went to receive the body. @JustinTrudeau@hrw

Karima has played an important role in raising voice against the concerning decline of human rights in the country and has also campaigned vigorously against numerous disappearances from the Balochistan province of Pakistan.

Several known faces of Pakistan have now urged the Canadian government to reconsider their diplomatic ties with the South Asian country which has been in news due to rise in terrorism, violence, tense political environment and declining human rights in the country.