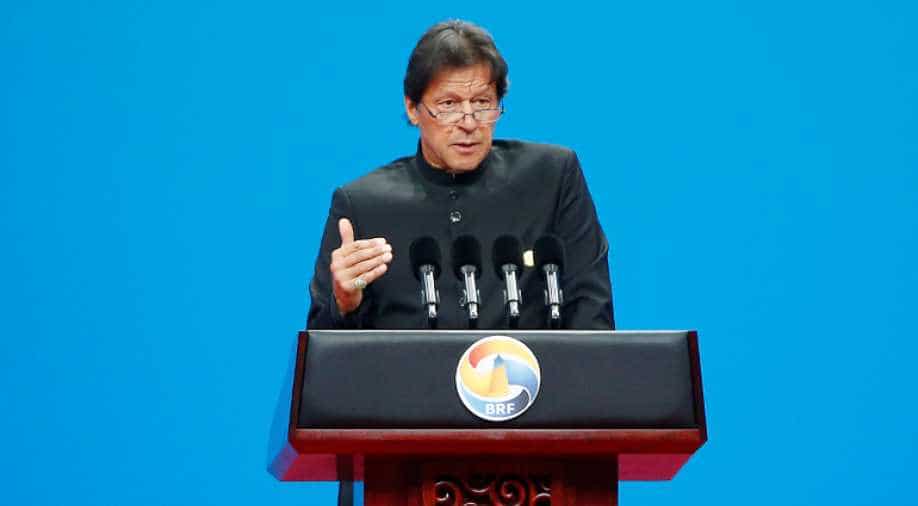 This is the first time the two top generals are accompanying a prime minister in the White House.

According to Dawn, Pakistan's Chief of the Army Staff General Qamar Javed Bajwa and the director-general of Inter-Services Intelligence (ISI) Abdul Razzak Dawood are accompanying the prime minister.

This is the first time the two top generals are accompanying a prime minister in the White House.

"And the moment that everyone has been waiting for is here; Prime Minister Khan lands in the US for a 3-day official visit upon POTUS @realDonaldTrump's invitation. Foreign Minister @SMQureshiPTI who is already in the US receives PM Khan!," Pakistan Tehreek-e-Insaaf officially tweeted.

And the moment that everyone has been waiting for is here; Prime Minister Khan lands in US for a 3-day official visit upon POTUS @realDonaldTrump ‘s invitation. Foreign Minister @SMQureshiPTI who is already in US receives PM Khan. On way to Pakistan House now!

While Khan will hold talks with Trump on July 22 during his visit to Pentagon.

Khan is expected to discuss Afghanistan and peace in the South Asian region during his upcoming meeting with Trump, Pakistan Tehreek-e-Insaf (PTI) said on Friday.

Khan will stay at the residence of Pakistan's Ambassador to the US.

In a bid to cut down on expenses, Khan travelled through Qatar Airways on a commercial flight.

Khan also made a stopover at in Doha, he was hosted by Qatar Airways CEO Akbar Al Baker. In a series of tweets, PTI on Friday outlined the Pakistani PM's schedule and its expectations from the Khan-Trump meeting.

"Pak-US friendship has been a bumpy ride but a cordial friendship, nevertheless. PM Khan's visit to the US is rekindling that friendship again for mutual cooperation towards one goal, Peace & Stability in the region!" PTI tweeted."

PM Khan's visit will also highlight Pakistan's policy of "peaceful neighbourhood" aimed at resolving disputes through dialogue and promoting the vision of peace, progress and prosperity in South Asia and beyond," Khan's political party added.

"During his various engagements in Washington, the Prime Minister will outline his vision of "Naya Pakistan" and underscore the importance Pakistan attaches to a broader and multi-faceted relationship with the United States," PTI stated.

"The whole world acknowledges the importance of Pakistan's strategic location in the region. That is why it is imperative to let the world know of Pakistan's efforts for peace in the region. PM Khan's visit to the US is also a step towards that greater goal!" PTI also tweeted on Friday.

The US-Pakistan relationship has been strained in recent times, especially after the US President struck down aid amounting to $1.3 billion to Pakistan last year.

Washington had said that the aid would remain suspended until Islamabad takes steps against harbouring terrorists on its soil.

Following the February 14, Pulwama terror attack -- the responsibility of which was claimed by Pakistan-based terror outfit Jaish-e-Mohammed -- the United States supported India in its fight against terrorism.

Washington told Pakistan to immediately stop supporting terrorists and also introduced a resolution with UK and France to blacklist JeM chief Masood Azhar as a global terrorist at the UN Security Council. Masood was blacklisted by the council on May 1 this year.

In what is largely being seen as a move to appease Washington before the Khan-Trump meeting, Pakistan also arrested LeT chief Hafiz Saeed this week, sending him to seven days in judicial custody.

India has dismissed this move, labelling it as nothing more than "drama" as Hafiz has been arrested on multiple occasions previously as well.

"The question is whether this time it would be more than a cosmetic exercise and whether Hafiz Saeed will be tried and sentenced for his terrorist activities," said Ministry of External Affairs Spokesperson Raveesh Kumar. (ANI)