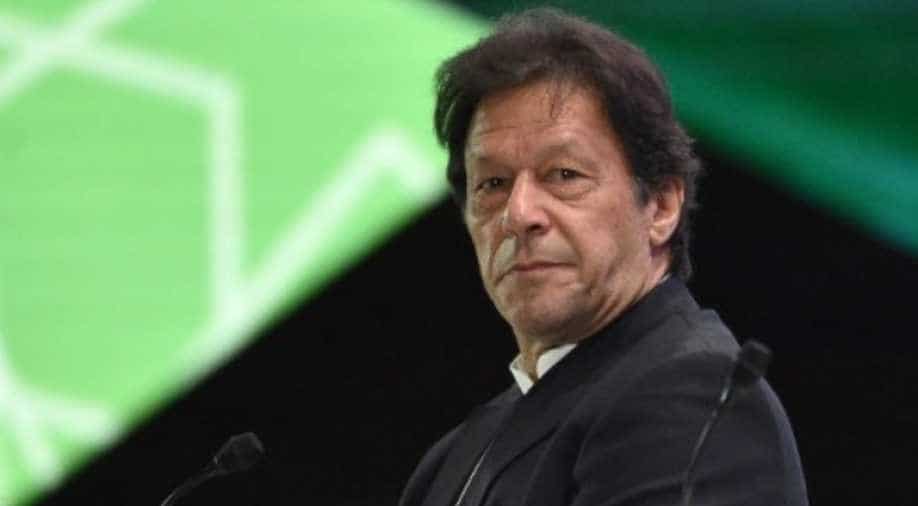 At a ceremony to mark his government's 100 days in office, Khan had said his government would provide livestock and poultry to underprivileged women to encourage them to start their own business.

Pakistan Prime Minister Imran Khan hit back his detractors for mocking his proposal to provide eggs and chicken to rural women as part of his government's poverty alleviation programme, saying 'colonised minds' criticise him for the idea but will praise 'wilayatis' (foreigners) for the similar concept.

At a ceremony to mark his government's 100 days in office, Khan had said his government would provide livestock and poultry to underprivileged women to encourage them to start their own business.

He said that the project was tested and the government would provide injections (vaccines) to them for raising the chickens faster. "This way, they will have nutrient food for eating and more chickens and eggs to sell," Khan had said.

Pakistan's opposition parties mocked at the premier's proposal, terming it as a "serious comedy" and as "another Google-it-solution" to improve the country's ailing economy.

Reacting to opposition's criticism Khan on Saturday tweeted: "For the colonised minds when desis (locals like him) talk about chickens combating poverty they get mocked, but when 'walaitis' (foreigners like Bill Gates) talk about desi chicken and poverty it's brilliance."

He also referred to an article by Microsoft founder Bill Gates in which he talked about poultry initiative believing that "it is a way to lift citizens (of rural areas) out of poverty".

Earlier, PML-N senior leader Ahsan Iqbal, in a series of tweets, said he was shocked to hear Imran Khan's suggestion and concerned for his country at a time when fourth industrial revolution is on horizon.

"After listening to Imran Khan's suggestion, I am shocked and concerned for our country. Eggs, Desi chicken and Kattas (calves)-based economy at a time when the fourth industrial revolution is on the horizon is a much too 'serious comedy'. It shows what kind of agenda is being discussed in the PM office," he tweeted.

Iqbal further tweeted "so this is another Google-it-solution." Apart from Iqbal, former foreign minister Khwaja Asif said: "After the 100-day deliberations, the PTI has come up with this 'hen-egg' solution to improve our unstable economy... Congratulations."

Pakistan's former railways minister Khwaja Saad Rafique said: "This is a great idea to bring about economic revolution in the country. Imran Khan has finally come up with an innovative idea to address the country's economic woes."

Besides, opposition parties, Khan also received flak from other section of the society on the social media for proposing this idea.

Rights activist Marvi Sirmad said: "Turns out that whatever PM Khan was claiming about chickens, eggs and calves as his revolutionary programmes, have already been in practice in Punjab at least. This happens after he inaugurated a university in Sialkot, which was already inaugurated by Shahbaz Sharif."

Journalist Sana Bucha tweeted: "100 days. Desi murghis (hen), Teekay (injection) and Kattas (claves). This is the survival story. This is our rebirth. This is our future. This is the turn of this country. We are now safe. Believe in the Naya Pakistan."

But former Pakistan Cricket Board chairman Najam Sethi and Khan's party, the Pakistan Tehreek-i-Insaaf (PTI), came out in his defence, saying those poking fun at the premier should pause and read what Bill Gates has to say on the chicken and egg theory of poverty alleviation.

"Those who are poking fun of Imran Khan and PTI for the chicken and egg theory of poverty alleviation should pause and read what Bill Gates has to say on the subject." Sethi tweeted.

Defending its chairman the PTI, on its official Twitter account, said "Microsoft founder Bill Gates launched a campaign to help extremely poor families in Africa by giving them chickens. However, when PM Imran Khan talks about it, it becomes an issue. Propagandists really can not rise above their hate."

The PTI further said: "The chickens are almost entirely a women's activity because it involves being around the household all day long."