Opinion: More than 500,000 girls in India at risk of female genital mutilation 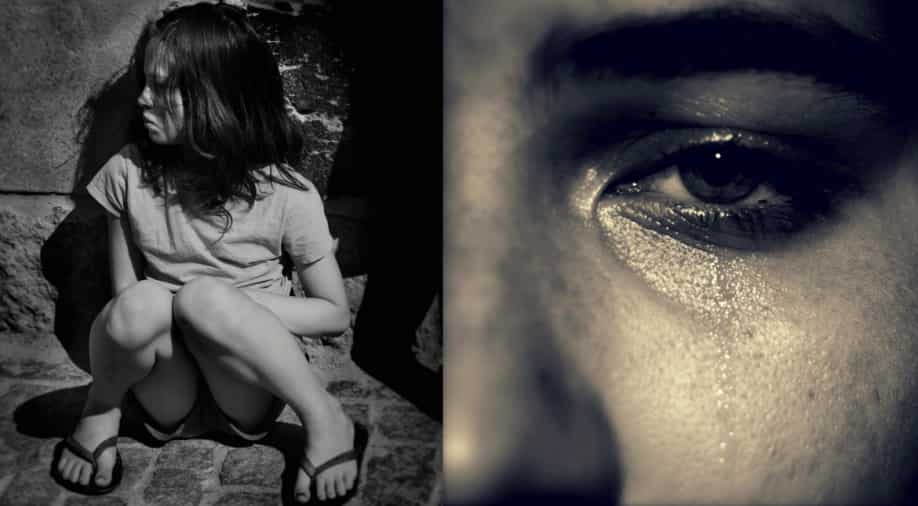 'I felt a hot, burning blade cut my clitoral - the skin outside my vagina. I started bleeding.' (Photo: Flickr, wolfgangfoto-left, Lauren C-right) Photograph:( Others )

More than 500,000 women in India are at risk of female genital mutilation

"On my 7th birthday celebration, I heard my mother talk to my grandmother--saying that the time has come. I did not what that meant. One fine day, my mother told me that we will go to buy house supplies from the local market--I became excited instantly. My parents had been living in the locality forever and everyone recognised me. Shop owners waved at me as I passed by and some even offered me treats. I was a pampered child. I dressed in my new blue shirt and walked out of the house in glee. Instead of the market, she took me to a dirty, dark alley--into a not-so-welcoming building.

"An old woman greeted us at the door and took us in a dark room. The stove in the bedroom felt out of place. My mother asked me to lie down and like the obedient girl I was, I did.

"My mother held my hand, I asked her what was going on and she assured that it will be over before I know. The woman pulled down my pants and I began to cry. What came next continues to be the most horrifying memory of my life.

"I felt a hot, burning blade cut my clitoral - the skin outside my vagina. I started bleeding.

"I cried and screamed and continued to weep for days. Mother told me that this is for my own good but it will hurt for the time being, especially when I urinate. I kept bleeding for three days. The bleeding stopped but the trauma remained forever. Even today, 20 years later, I sometimes have nightmares," Nabiya* explains.

I felt a hot, burning blade cut my clitoral - the skin outside my vagina

The chopping of a 7-year-old girl’s clitoris is a practice called Khatna or Khafas by the Bohra community in India. The world calls it Female Genital Mutilation--a term that describes the practice quite literally.

In India, it is mostly associated with the Dawoodi Bohras--a sect within Shia Islam, but is actually practiced among the entire Bohra community, including Sulemani and Alvi Bohras. Within the community residing in India, 80-90 per cent girls are cut in total secrecy.

The child is never informed of what is going to happen. It is usually performed by midwives and grandmothers in an unhygienic atmosphere, without the use of anesthesia.

Although the community practices it on small girls, it may also be carried out on adult women, who are not born in the community but are marrying into a Bohra family.

The practice is followed by several communities, particularly Bohras, Christians, and Africans, and each one has a different justification.

Masooma Ranalvi disagrees and puts forward valid arguments, “This absolutely makes no sense. Firstly, there is no scientific evidence to back this statement. Secondly, Why would you want to sexualise a 7-year-old child? Why would you tamper the sexuality--curb it or enhance it? A person is born with it and to alter it or not has to be their own discrete choice”, she asserts. Masooma, from the organisation SpeakOut, is one of the many women who started a petition to end FGM.

Even though the practice is not formally acknowledged in our law, it clearly violates POCSO (Protection of Children from Sexual Offences Act) since it involves a stranger touching and cutting the child. FGM constitutes a violation of human rights by tampering bodies, altering sexualities and putting the person through torture.

FGM constitutes a violation of human rights by tampering bodies, altering sexualities and putting the person through torture

A Controversial Tradition and Perpetuation of Patriarchy

According to experts, FGM precedes all formal religions and has been practised for millennia. But there is no reference to it in the Quran. It has a mention in Daim al-Islam--the Ismaili Shi'a Muslim text followed by the Bohras. However, it should be noted that this book was written 400 years after the prophet's death. “There is another reference in Hazrat Ali but that is not a compelling belief. It pagan pride and a patriarchal practice of controlling women that took the name of a cultural practice,” Masooma explains.

"People against the practice argue that God will not create a human being that has impure parts in the body," says Aliya Hafees*, a victim and survivor.

There is the whole spectrum of theories that conclude FGM continues because of oppressive patriarchy.

"Women’s role in patriarchy is to imbibe and pass it down, to maintain the status quo. Whereas, the men in power are the ones who define and design the status quo. The very fact that the religion or culture requires that the practice is kept a secret on the grounds of women’s modesty is a manifestation of patriarchy," explain Mariya Taher and Aarefa Johari, who are founders of Sahiyo, an organisation dedicated to raising awareness and eradication of FGM.

FGM is about power and economics, the ‘ownership’ of women by men. "Originally, it was a way of preventing unwanted pregnancies and ‘ensuring purity’. Slaves and wealthy women were sewn. Slaves were meant to remain childless and it was also a method to ensure that wealthy women, whose husbands were often away for extended periods, have legitimate offsprings for the purpose of fair inheritance.” says Hilary Burrage, author of two books on FGM.

FGM is about power and economics, the ‘ownership’ of women by men

Over time, these notions coalesced around ideas of "purity", "value" and "honour" of women and simple male control.
“It is similar to chastity belts, a locking item of clothing designed to prevent sexual intercourse, used in Europe back in the times. This was a measure taken to stop adultery. These basically stem in patriarchy of controlling the women,” says Masooma.

"A girl who has not undergone FGM may be regarded as ‘wanton’ – and, in more recent times, also seen as ‘like Western girls’, thereby, ‘betraying’ her own people. FGM in some communities is seen as an investment. The communities believe that the girl is not marriage-worthy if she is not cut. In many cultures, women are denied adult status unless they marry, so they cannot remain single.

"But a girl who is cut will be married early at an age where her new ‘adult’ status sits uncomfortably with her capacity to make decisions. There will be no further schooling--once married, she will become a ‘baby machine’ and her damaged body will produce children that are symbols of insurance of a pension and security in old age," Hilary says.

But Mother, why you?

Talking about the act is mostly forbidden and it, therefore, remains unchallenged in most places. Few women are willing to consider that their mothers could have been "wrong" in permitting FGM.

The psychological harm that may arise from such a belief is obvious. Surely, if the mother had it herself and then subjected her daughter to it, it must have been essential?

You are only a true, pure Bohra if khatna is done to you. It is our identity and we should be proud of it. It makes us unique and we must respect the tradition of our ancestors

Why do mothers let their daughter get cut? “The first reason being ignorance - I think many women did not understand what was happening. It was something you are told to do and you do it blindly without questioning it,” Masooma explains.

Several superstitious notions also revolve around FGM in the society. “The flesh is considered to be ‘haramni boti’ - a sinful lump of flesh that will lead the girls astray. Some people refer to it a kind of premarital flesh that makes you want to engage in adulterous affairs. FGM is a method suggested to the mothers to keep their girl in control. If one does not cut the girl and she later turns out to engage in an activity the parents don’t approve of, the society blames the mother for not cutting the girl. It is a belief system that formed over the time,“ she adds.

'I am proud of being cut'

Very few woman are vocal about FGM--only some dare to go against their community and protest, only to be shamed, abused and boycotted. However, there are some who are in favour of the practice. "You are only a true, pure Bohra if khatna is done to you. It is our identity and we should be proud of it. It makes us unique and we must respect the tradition of our ancestors," says 35-year-old Zubina*.

According to media reports, on April 29, 2016, Syedna Mufaddal Saifuddin said the following in the Lisan-ul- Dawat language,  “Whatever the world says, we should be strong and firm…whatever they say, it does not make a difference to us, we are not willing to accept [what they say]…we are not willing to talk to them. What are they telling us? That what we are doing is wrong?…who are they to teach us?”

Nevertheless, the fight against FGM continues in the country. SpeakOut in collaboration with Lawyers Collective has published a report and filed a PIL and proposed what the law must look like.

*Names have been changed to protect identities 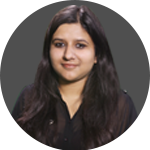 Devanshi is a freelance feature writer. When not writing, she loves to travel and explore food cultures across geographies.