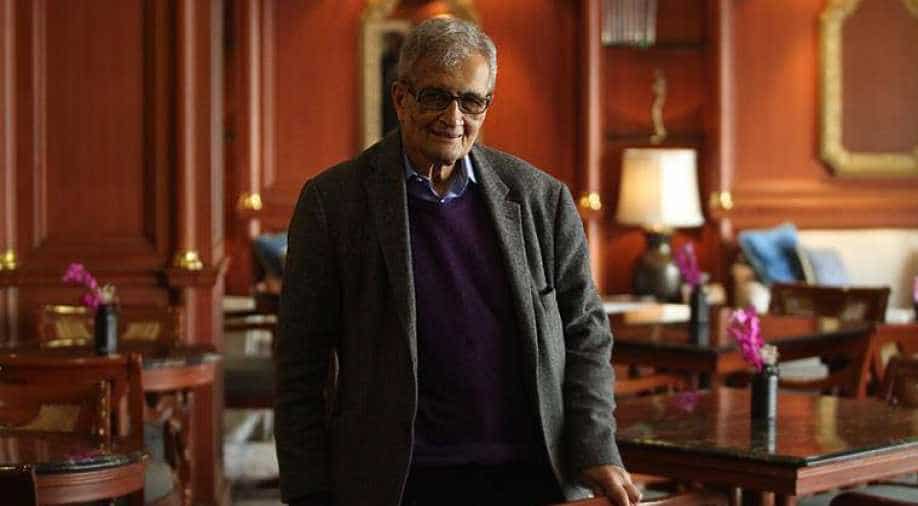 Sen had resigned as the Chancellor of the university in February 2015, publicly criticising Prime Minister Narendra Modi. Photograph:( Facebook )

Nobel Laureate Amartya Sen’s nine-year-long association with the Nalanda University has come to an end.

On November 21, President Pranab Mukherjee, as the Visitor of the university, approved the new constitution of the university's governing body according to section 7 of the Nalanda University Act, 2010, sources told Indian daily The Indian Express.

Sen, along with former Harvard professor and Trinamool Congress member of Parliament Sugata Bose, and UK-based economist Meghnad Desai, do not figure in the member list of the new governing body.

Sen had resigned as the Chancellor of the university in February 2015, publicly criticising Prime Minister Narendra Modi. He had, however, continued to be a member of the governing body as he was a part of the Nalanda Mentors Group (NMG) since 2007.

The NMG was constituted by former prime minister Manmohan Singh's government with the revival of the Nalanda University.

The new governing board constitute the Chancellor, Vice-Chancellor, and five members belonging to the member States (India, China, Australia, Laos PDR and Thailand).

“Former bureaucrat N K Singh, who is now a BJP member, has been nominated as the Indian representative. Apart from him, there are Secretary (East) in MEA, Preeti Saran, two members representing Bihar government, one member not below the rank of additional secretary in the Ministry of HRD, and three members as ‘renowned academicians / educationists’ to be nominated by the central government. These are: Professor Arvind Sharma, Faculty of Religious Studies, McGill University, Canada, Professor Lokesh Chandra, President, Indian Council for Cultural Relations and Dr Arvind Panagariya, Vice Chairman, Niti Aayog,” the Indian Express reported the source as saying.

The NMG was to be the governing board for one year from November 25, 2010. This was later extended to two more years and saw several other extensions over the years.