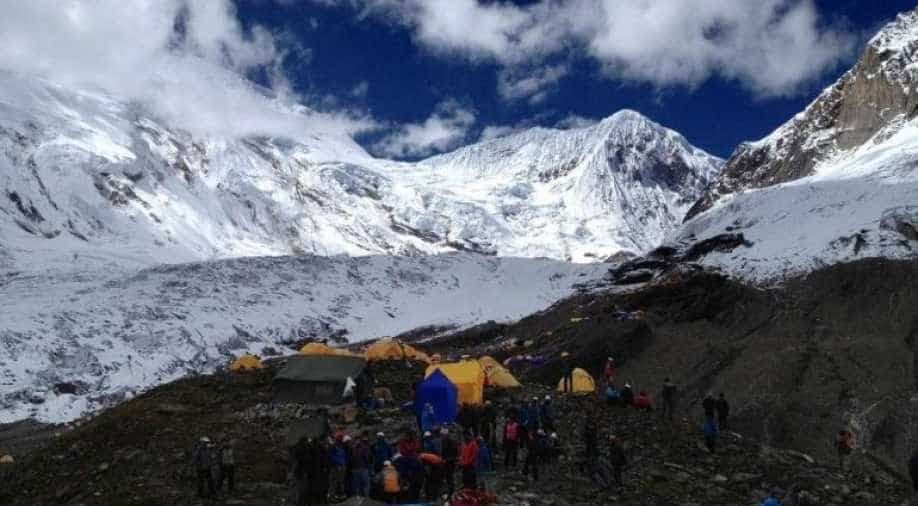 In this handout photograph released by Nepalese helicopter aviation service Simrik Air, rescuers are pictured at a site following an avalance at the Mount Manaslu base camp in Gorkha Districtst on September 23, 2012 Photograph:( AFP )

Nepal is making a royal exception to its coronavirus ban on foreign arrivals, with a mountaineering team including a Bahrain prince set to tackle two major peaks.

The Himalayan country shut its borders in March including grounding international flights just ahead of the busy spring season, devastating the local tourism sector.

"A 15-member Bahrain team including the prince of Bahrain and three British citizens will be allowed to come to Nepal in a chartered flight... following the health protocols," government spokesman Yuba Raj Khatiwada said late Monday.

The Bahrain team, due to arrive as early as mid-September, is also planning to climb Everest -- the world's tallest mountain -- next year.

Nepal reopened its mountains -- including Everest -- in late July for the autumn climbing season, in anticipation that international flights would resume in mid-August.

But a jump in virus infections in recent weeks saw the government delay opening up such flights.

Limited international flights resumed Tuesday but only for citizens and foreign diplomats. Domestic flights have not restarted.

Foreigners have also been banned from entering Nepal by land.

The absence of foreign climbers has exacerbated the financial fallout for tourist operators.

Nepal is home to eight of the world's 14 highest peaks and foreign climbers are a major source of revenue.