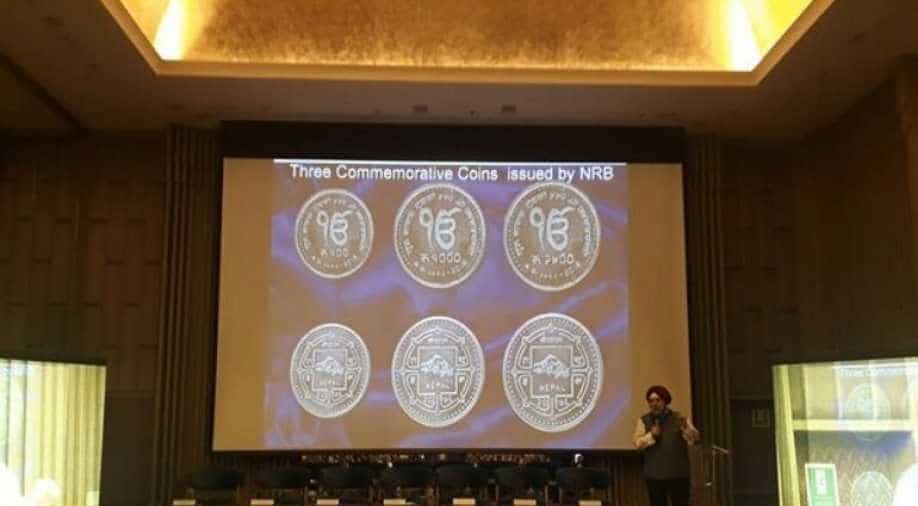 The coins with denomination of NPR (Nepali Rupees) 100, 1000 and 2500 were jointly launched by Governor of Nepal Rastra Bank (NRB),

The Central Bank of Nepal on Friday released three coins to commemorate the birth anniversary of Sikh Guru Nanak Dev.

The coins with denomination of NPR (Nepali Rupees) 100, 1000 and 2500 were jointly launched by Governor of Nepal Rastra Bank (NRB) Chiranjibi Nepal and Indian Ambassador to Nepal Manjeev Singh Puri at Hotel Aloft in Kathmandu today.

The coins possess monetary value and its sale will start from September 30, the NRB said.

"Proud to be a Sikh today. Proud to be a follower of Guru Nanak Dev. Today, you can find Sikhs residing in every part of the world that too in large numbers," Puri told the crowd gathered to celebrate the occasion.

On the occasion, both dignitaries also launched a book showcasing the Sikh heritage in Nepal. It has been published by BP Koirala India-Nepal Foundation in co-ordination with Embassy of India in Nepal.

Before unveiling the book, Indian head of Mission gave a comprehensive presentation bringing out key aspects of the Sikh heritage in Nepal.

A few prominent Sikh leaders from Punjab, including Charanjeet Singh Atwal, and former Deputy Speaker of Lok Sabha also participated in the event.