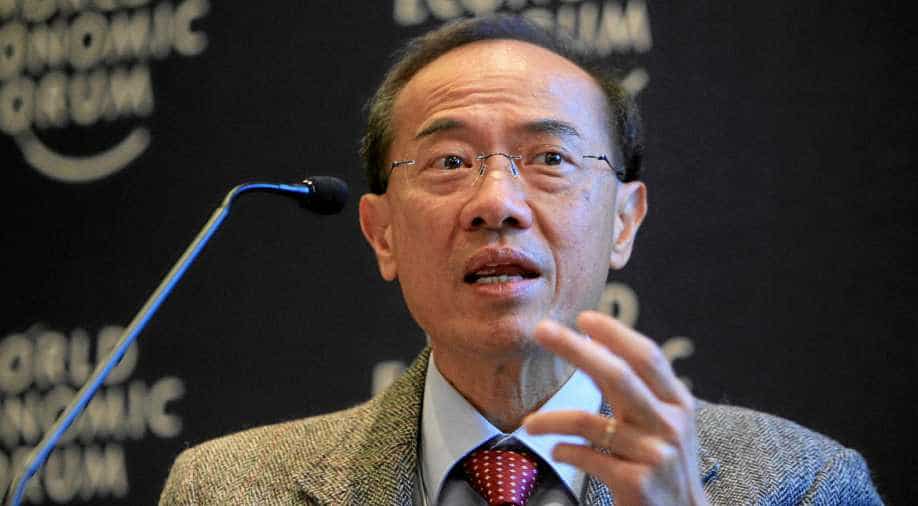 President Pranab Mukherjee, in his capacity as the Visitor of the university, approved the reconstitution of the Governing Board on November 21. Photograph:( Others )

George Yeo, the second Chancellor of Nalanda University after Nobel Laureate Amartya Sen, today resigned from the post claiming there was no autonomy in the varsity.

He submitted his resignation to the members of the Board of the university alongwith a statement in which he said he was "puzzled by the sudden changes" in the leadership of the instutition and was "not even given any notice".

The Board was reconstituted by President Pranab Mukherjee as its Visitor on November 21 which severed Sen's nearly a decade-long association with the institution.

"When I was invited to take over the responsibility from Amartya Sen last year, I was repeatedly assured that the University would have autonomy. This appears not to be the case now. Accordingly, and with deep sadness, I have submitted my letter of resignation as Chancellor to the Visitor," Yeo said.

Yeo cautioned that such sudden and summarily effected changes to the leadership could harm the University's development.

According to sources, the President also approved giving temporary charge of Vice Chancellor to senior-most Dean of the University as the current VC Gopa Sabharwal's one year extension expired yesterday. It will be a stop-gap measure until the new Vice Chancellor is appointed.

The 14-member new governing board will be chaired by the chancellor. It will also comprise vice-chancellor, along with five members nominated by India, China, Australia, Laos PDR and Thailand.

Former revenue secretary N K Singh, who was also member of the Nalanda Mentors Group, will be India's representative to the university.