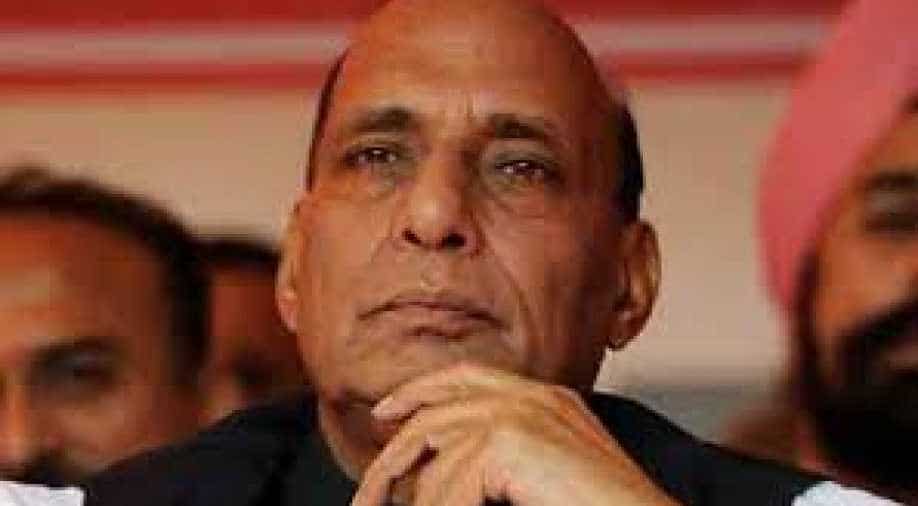 Amidst the ongoing unrest in India's Kashmir, a senior Indian minister said today that the Narendra Modi administration would find a permanent solution to the Kashmir issue.

But Singh said the attacks wouldn't derail the government's efforts to find a "permanent solution to the Kashmir issue".

has been divided between India and Pakistan since the end of British colonial rule in 1947. Both claim the Himalayan territory in full and have fought two wars over the mountainous region.

The senior minister's statement comes at a time the Valley has been witnessing widespread unrest since April 9 when the bypoll to the Srinagar Lok Sabha seat was held.

Eight people were killed in firing by security forces on the day. The turnout was a mere 7.14 per cent.

The April 12 bypoll to the Anantnag Lok Sabha seat had to be postponed by the Election Commission in view of the "scary" situation in Kashmir.

Students in large numbers have hit the streets, staging protests against alleged atrocities by the security forces.

Last year, around 80 people lost their lives in the unrest following the killing of Hizbul Mujahideen militant commander Burhan Wani.

"Kashmir is ours, Kashmiris are ours and Kashmiriyat is also ours. We will find a permanent solution to Kashmir," Singh said.

Referring to the 2014 swearing-in ceremony of the Modi government, the home minister said leaders of all neighbouring countries, including Pakistan, were invited to show that the new government wanted to have friendly relations with all countries.

However, he said, there had been no change in Pakistan's attitude towards India and it wanted to destabilise India.

"We hope that Pakistan will change. If it does not change, we have to change them. After globalisation, one country can't destabilise another country as the international community will not forget it," he said.

The home minister is on a three-day visit to Sikkim during which he attended a conference of Himalayan states to review the security situation and development activities along the Sino-Indian border.

He had also visited the Nathu La border post, besides visiting a few posts of Indo-Tibetan Border Police and SSB along the Sino-Indian and Indo-Nepal border respectively.