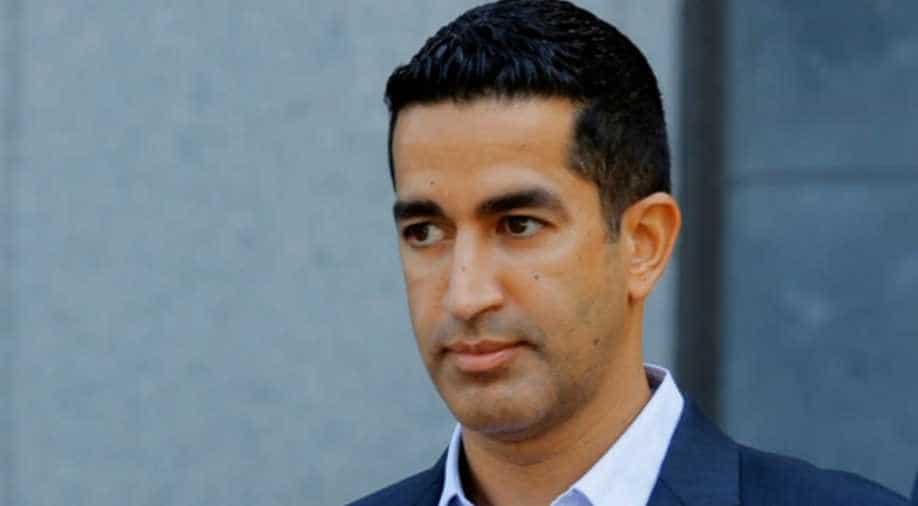 Follow Us
A 44-year old Indian-origin hedge fund portfolio manager, who was charged last week with insider trading, has committed suicide in his apartment here.

Sanjay Valvani, had faced securities fraud and wire fraud charges after he had used confidential information obtained from a former official at the Food and Drug Administration to trade in the securities of two pharmaceutical companies and earned about USD 25 million in trading profits.

The spokesperson said Valvani left "a note" and had a "slash wound" to his neck and wrist. A knife was found by the body.

The police had got a 911 call from Valvani's wife at about 6 pm on Monday and he was pronounced dead by medical personal at 6:30 pm.

The police spokesperson said Valvani's body was on the floor of the bedroom in his Brooklyn home and by the time the medical team reached the scene he was dead.

Valvani's attorneys Barry Berke and Eric Tirschwell termed his death as a "horrible tragedy that is difficult to comprehend".

They said he was a "loving father, husband, son and brother and committed friend, colleague and mentor".

"We hope for the sake of his family and his memory that it will not be forgotten that the charges against him were only unproven accusations and he had always maintained his innocence," they said in a statement.

US Attorney Preet Bharara's office, which had brought the charges on June 15, declined to comment on the development.

A political intelligence consultant and former senior official at the Food and Drug Administration Gordon Johnston and former hedge fund portfolio manager Christopher Plaford had pled guilty and were cooperating with the government.

The charges had alleged that between 2005 through January 2011, Valvani unlawfully obtained from Johnston highly confidential and material nonpublic information with the FDA about the agency's approval of pending generic drug applications.

Valvani was also charged with passing certain highly confidential and material nonpublic information to Plaford, who also executed trades based on the information.

Valvani was the latest Indian-origin hedge fund manager to be charged with insider trading.