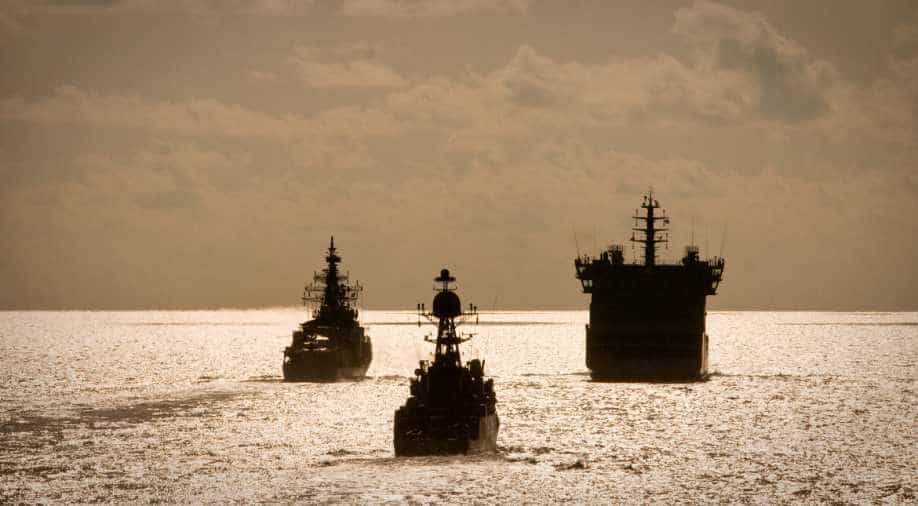 India’s peninsular salience and extreme dependence on the sea borne trade have given rise to the need for a truly capable navy with blue water capabilities. Over 90 per cent of India’s international trade in terms of volume and 70 per cent in terms of value are carried by the seas. The simultaneous growth of state and non-state actors in the strategically significant Indian Ocean Region (IOR) have made an efficient navy necessary. This is despite India’s overwhelming continental focus till recently which meant that maritime forces were largely ignored in the overall security calculus.

The change in the power equations in the IOR with the emergence of an increasingly assertive China and its attempt at forward basing in Djibouti,  Gwadar and other ports (often termed as String of Pearls) have increased India’s apprehensions about a possible security challenge. Significantly, it has also led to a subterraneous jostle for power and primacy in the area, particularly, in the background of the perceived erosion of US leveraging capability.

As a result of the evolving  geo-strategy and a more confident New Delhi with Prime Minster Modi at the helm, India is now willing to assume greater maritime security responsibilities. The country is keen on projecting its aspirational role of being a “balancer of power”  and a “security provider ” in an increasingly turbulent region. This is in sharp contrast to the general reluctance displayed earlier in assuming any form of overt leadership in the IOR.

These aspects were publicly enunciated in the latest Maritime strategy document of the Indian Navy “Ensuring Secure Seas: Indian Maritime Security Strategy” (2015). The modified strategy has increased its focus “...in undertaking cooperation and coordination between various navies, to counter common threats at seas”.

Thus, one of the aims of this strategy has been to shape a favourable and positive maritime environment for enhancing net security in India’s areas of maritime interest, while building up engagements with friendly nations  at  multiple levels of their  maritime forces.

As per the strategy, the Indian Navy will operate freely to safeguard its “diplomatic, security and economic interests”. Assisting in capacity building and ensuring interoperability with other littoral navies would form the essence of the current focus. This will not only enhance the strategic reach of the navy but, in addition, provide the desired sustainability in distant seas and into the farthest reaches of the Indian Ocean.

Undoubtedly, this  steady shift in India’s strategic evolution has been partly due  the result of the growing  self confidence of the Indian State and partly due to a growth in its national maritime capacity.

It must be remembered that during Mrs Indira Gandhi’s period at the helm, India was always in pursuit of “strategic autonomy” and “self reliance”  which formed the basis of its foreign policy. However, with a globalising and an interdependent world – the current discourse for India has changed.

No longer is it in India’s interest to follow the mantra of Indira regime as  “autonomy is for weak powers trying to insulate themselves…”  Admittedly, the other need, namely to indigenise, continues with renewed vigour in its manifestation of “Make in India”. Thus, there exists a change in the thought processes from being a mere rule follower to that of a more assertive maker of guidelines.

There exists a change in the thought processes from being a mere rule follower to that of a more assertive maker of guidelines.

Another significant change in the Indian strategic thought process has been that  of projecting its power over the maritime territory. The earlier naval strategy was centered on India’s ability to defend territorial waters, including the Exclusive Economic Zone along its vast coast line of nearly 7500 kms. But with the expansion of India’s maritime interests, there has seen  considerable increase in the geographical ambit, ranging from the earlier  “Aden to Malacca’s “ to the current  “Suez to South China seas”.

These aspects have been witnessed on ground by flag-showing visits of Indian warships to various ports in these regions and beyond. Additionally, multinational activities in the form of  anti-piracy patrols off the Gulf of Aden , SLOC patrols, diaspora repatriation, undertaking Humanitarian Assistance and Disaster Relief (HADR) tasks  are all subtle  indicators of the power projection capability  and a growth in the maritime capacity.

Given the expanding national interests, India is deeply committed to the concepts of freedom of navigation and an obligation to secure the global commons. This aspect however stands in contrast to the expansive territorial claims of the Chinese in the South China Seas (SCS). In defiance of a ruling by an International Arbitral Court, China is claiming  nearly 80 per cent of the seas, giving rise to serious sovereignty and navigational  issues. This is one of the main factors, along with the rising instability of the region, that has prompted India to take interest in the SCS region.

Shedding its Cold War isolationist profile, the Indian Navy has come a long way since it “evolved in isolation”.

Shedding its Cold War isolationist profile, the Indian Navy has come a long way since it “evolved in isolation”. The Indian Navy now holds regular joint exercises with all major maritime nations in the region. In addition, it had with the help of the National Maritime Foundation, initiated the major pan Indian Ocean maritime initiative – Indian Ocean Naval Symposium (IONS) in 2008.

A strategic overtone of this effort has been that earlier India was required to “join” in the bandwagon of superpowers  and its numerous initiatives. Now, it is keen that other littorals join its bandwagon – for the benefit of common good.

The Indian Navy has also stepped up its efforts to engage with its friendly neighbours in the IOR as a stepping  stone to maritime security multilateralism. Thus, the focus is to evolve a symbiotic relation that finds a common maritime security grid with India being the focal point. The initiation of this move was  evidenced with the March 2015 visit of Prime Minister Modi to the three island-nations of Sri Lanka, Seychelles and Mauritius.

Despite these advancements and the obvious strategic benefits, the real  potential for projecting the Indian Navy as a tool for national power and military diplomacy are concepts that have not been fully understood or exercised by the Ministry of Defence and the Ministry of External Affairs .  However the flip side of the argument is that, mindsets are changing  in an incremental fashion- for the better because as the old adage goes – the land divides while the seas unite. 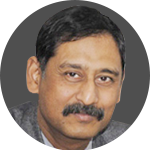