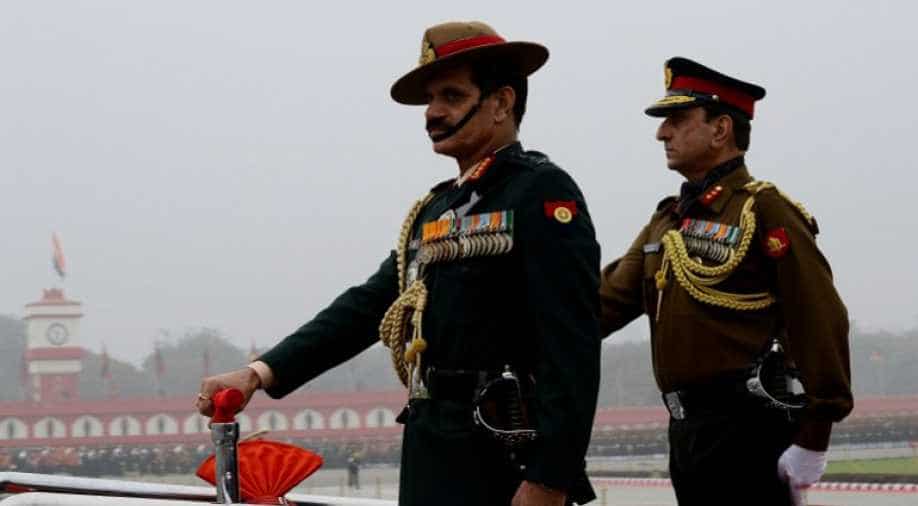 During his visit from November 21-24, the delegation will be visiting important military installations and is scheduled to meet a number of high-ranking dignitaries of Peoples Liberation Army (PLA) and Central Military Commission (CMC). Photograph:( AFP )

Indian Army chief General Dalbir Singh Suhag today left on a four-day visit to China during which he will meet with top leadership there to pursue deeper cooperation even as India beefs up security on its northern border.

He is accompanied by a high-level military delegation.

During his visit from November 21-24, the delegation will be visiting important military installations and is scheduled to meet a number of high-ranking dignitaries of Peoples Liberation Army (PLA) and Central Military Commission (CMC).

"This visit is an opportunity to re-engage PLA in field of defence cooperation and build upon existing mutual cooperation and trust between the two nations," a statement by the Army said.

The delegation will also be visiting military installations including Infantry Division and Army Air Defence Brigades, it said.

The visit aims at engaging China on subjects of mutual concern and shared interest, which include terrorism, humanitarian assistance and peace keeping training, the Army said.

The visit also coincides with a joint military exercise (Exercise Hand in Hand), between two armies which is underway in Pune and will be followed by visit of General Zhao Zongqi, Commander, Western Theatre Command of PLA in the second week of next month.

While issues relating to the Line of Actual Control continues to exist, the northern borders have remained calm.

However, India is in the process of beefing up its borders with China through raising of a mountain brigade, deployment of modern artillery and tanks besides creating greater airfield infrastructure among others.