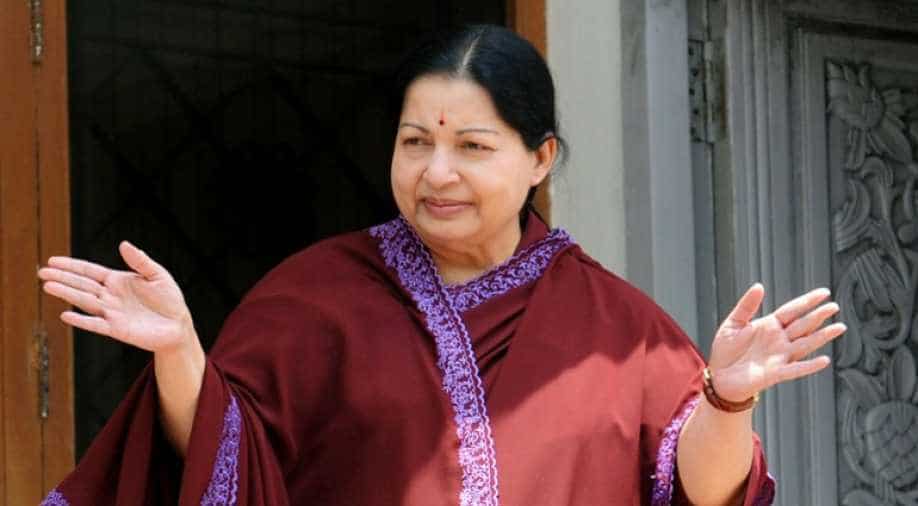 In photo: J Jayalalithaa gestures to her party supporters while standing on the balcony of her residence on May 13, 2011 Photograph:( AFP )

Several chief ministers arrived on Tuesday to pay their last respects to their Tamil Nadu counterpart Jayaram Jayalalithaa and hailed her for being a leader of the masses whose demise has left a "vacuum in public life" that cannot be filled.

Madhya Pradesh chief minister Shivraj Singh Chouhan said Jayalalithaa's efforts for the betterment of her state's women made her 'Amma' (mother) in the truest sense.

"What she did for women, the mothers and daughters, made her Amma (mother). Her demise has left a vacuum in public life which cannot be filled," he said.

"She was a sensitive leader, brave leader, her heart beat for the common people. In Indian political system, it is difficult to fill the vacuum. People of Delhi are also grieved over her death and I bring my condolences," he said here.

Odisha chief minister Naveen Patnaik in his condolence message said Jayalalithaa made an immense contribution to the development and welfare of the people of Tamil Nadu.

"I am deeply shocked by the sad demise of J Jayalalithaa. She was the leader of the masses and made an immense contribution to the development and welfare for the people of Tamil Nadu," he said.

Karnataka chief minister Siddaramaiah also paid tributes to the 67-year-old leader, who passed away last night after battling for life for 75 days.

The entire country was mourning her demise, Naidu added.

"Entire nation believes that we lost a dynamic, courageous bold administrator and an excellent public leader who had won hearts of the people," he said.

Naidu said he and his cabinet colleague Pon Radhakrishnan had been deputed by the ruling government to participate in the final rites of the AIADMK leader and the funeral in Chennai.