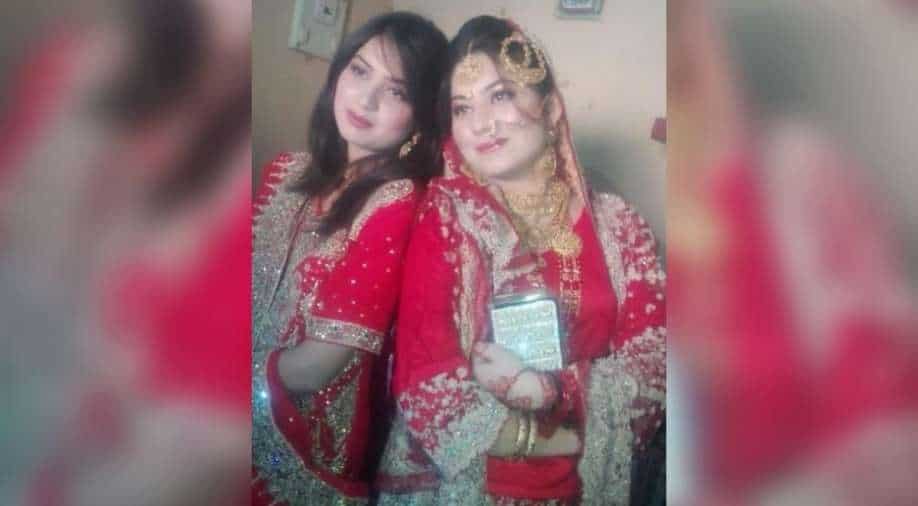 As per the eastern city of Gujrat's District Police Officer (DPO) Ata-ur-Rehman, last year the sisters were forcefully married within the family to their cousins Photograph:( Twitter )

Their brother Shehryar, uncle Muhammad Hanif, and four other people including their respective husbands were among those arrested

In Pakistan six people have been arrested in yet another case of "honour" killing, a brutal patriarchal practise still prevalent in the country. Two sisters, 24-year-old Arooj Abbas and 21-year-old Aneesa Abbas who were Spanish citizens with Pakistani origins were allegedly tortured and killed by gunshot. This was because they refused to take their husbands to Spain with them. The sisters have been murdered by their husbands, uncle and brother along with two other people. As per the eastern city of Gujrat's District Police Officer (DPO) Ata-ur-Rehman, last year the sisters were forcefully married within the family to their cousins.

The two sisters who were Spanish residents were made to return to Pakistan on May 19th along with their mother Azra Bibi. On arrival, they were pressured to help their husbands apply for spouse visas to Spain.

However, the Abbas sisters refused as they wanted to divorce their husbands and remarry in Spain.

Following this on the night of May 20, they were shot dead in what is believed to be a case of "honour" killing. They were murdered in their maternal uncle Muhammad Hanif's house.

Their brother Shehryar, uncle Muhammad Hanif, and four other people including their respective husbands were among those arrested.

As per a report by The Express Tribune newspaper, Gujarat police spokesperson ASI Nauman Hassan said that the family created a false story to lure them to Pakistan for a couple of days.

He also said that "Preliminary investigations show this is a case of honour killing, but it is still developing and the investigation is ongoing."

Also read | For shame!: In yet another 'honour killing,' Pakistani brother murders his sister for pursuing dancing

Sadly this is only the latest case of "honour" killing in Pakistan, a nation with a deeply patriarchal society and an overlapping legal system.

More than 470 cases of "honour" killing were reported in Pakistan in 2021, according to the Human Rights Commission of Pakistan (HRCP).

As per a report by Guardian, it is not uncommon for parents with dual citizenship to force their daughters to marry within the family, all to secure a European visa.