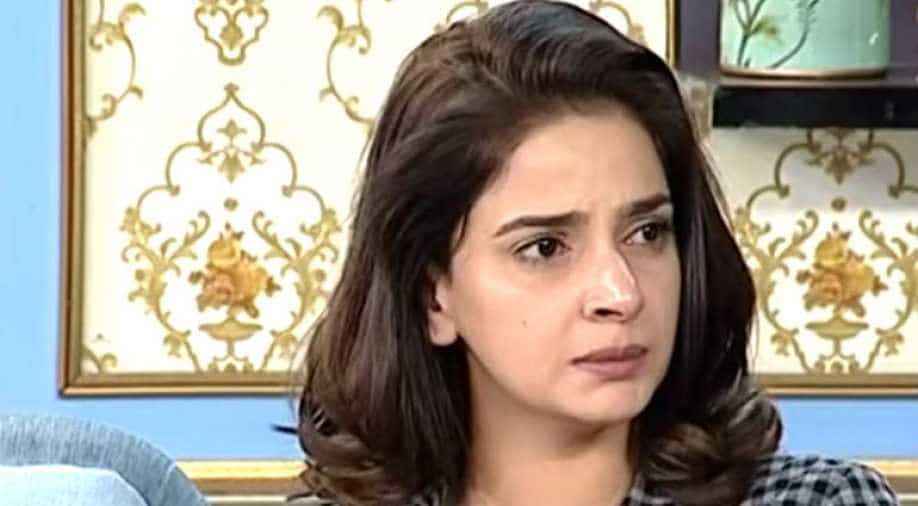 The Pakistani star got emotional during a TV interview while speaking about the rape and murder of 7-year-old Zainab. A screen grab of the interview. Photograph:( Others )

A well-known face in Pakistan Saba Qamar made quite an impression in India last year when she made her Bollywood debut in Hindi Medium opposite Irrfan Khan.

While the actress has earned accolades and fame because of her work, she says she continues to be treated with suspicion whenever she travels abroad because of her nationality.

A video of Qamar is doing the rounds of the internet which has he tearing up and speaking about how the international airports interrogate her because she carries a Pakistani passport.

With tears in eyes, Saba says that it gets really difficult to go through such a humiliating process of checking when the security staff looks at her with suspicion. She says that such things have a connection with her being a Pakistani actor.

"When we went to Tbilisi to shoot for a film, all the Indian crew was allowed to go, but I was stopped. It was because of my passport. I was from Pakistan. They did a full investigation. They let me go only after an interview," Qamar recalled.

"That day I realised our position. Where do we stand?”

It's not just #SabaQamar who feels humiliated. All #Pakistanis feel humiliated when we are considered a terrorist state, when our children are killed like flies & we can't get justice for them, when terrorist like #HafizSaeed roam around freely & we watch them helplessly. pic.twitter.com/pHalKqo7cq

Qamar was speaking on a Pakistani channel where she condemned the rape and murder of 7-year-old Zainab which has completely shaken the country.

Qamar got emotional while speaking about the little girl and brutalities she went through and asked the government of Pakistan to take stricter action against the culprit. "We have chosen you as our representatives. We may chant 'Pakistan Zindabad' at home but we travel abroad you should see how we are treated because of our nationality."

Saba Qamar was already a big name in Pakistani films and television before entering the Hindi film industry with Hindi Medium. She has been parts of projects like Udaan, Baaghi Jinnah Ke Naam and Aina in the past.