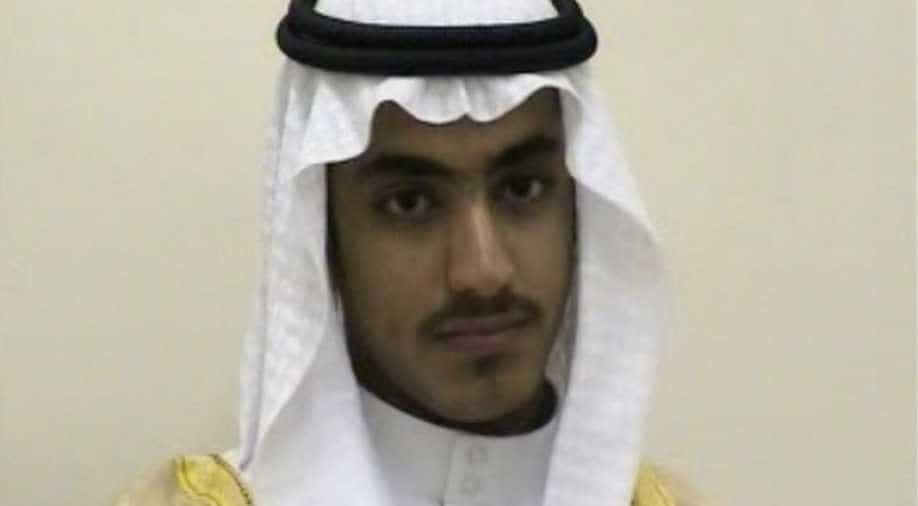 A report said on Thursday that Osama bin Laden's son Hamza bin Laden died in an airstrike but gave no information on when or where it happened.

The reported death of Osama bin Laden's son and heir to the Al-Qaeda mantle is unlikely to do much damage to the jihadist group's resurgence, US terror experts said Thursday.

While Hamza bin Laden was being groomed as a leader of the group his father founded and led to notoriety with the September 11, 2001 attacks on the United States, his death would leave the Al-Qaeda's leadership under Ayman al-Zawahiri intact and able to continue plotting its comeback.

The circumstances of the younger Bin Laden's death, reported by NBC News and The New York Times Wednesday, citing anonymous US officials, remain a mystery, although he is believed to have been killed in the past two years.

The Times said he died in an air strike but had no information on when or where it happened, or if the US was involved. He is believed to have been in Afghanistan in recent years, but his demise has been wrongly reported more than once.

The US State Department offered a $1 million bounty for him in February, although various experts say he appears to have been dead already by then. Al-Qaeda itself has been silent.

"The only thing that I'm looking for is a eulogy from Al-Qaeda. It is very very rare that Al-Qaeda will not eulogize a leader," said Katherine Zimmerman, a terrorism expert at the American Enterprise Institute who could not independently confirm the death.

Bin Laden, believed to be about 30, was singled out in 2000 as his father's potential heir. He was seen in videos from Afghanistan training with fighters and reciting "fiery" sermons and inspirational poetry, according to a biography by Ali Soufan, a former FBI counter-terrorism specialist.

He was sent for his safety to Iran after the 9/11 attacks, where he lived for a decade and was tutored by a top Al-Qaeda operative Saif al-Adel.

Letters found in Osama bin Laden's home in Abbottabad, Pakistan, after he was killed by US special forces in 2011 indicated he was awaiting Hamza's arrival to pitch in with leadership tasks.

Hamza emerged in 2015 in a series of videos, released over the following two years, encouraging followers to exercise "patience and deliberation" in planning attacks in the United States, Europe and elsewhere.

"He kind of became part of the senior leadership's voice, talking about the external global jihad and what Muslims should be doing to support the fight, what you think his father would be talking about," said Zimmerman.

There was no evidence however that he had graduated from his status as the group's leading messenger, targeting younger potential jihadists attracted by rival Islamic State.

"My understanding is that Al-Qaeda put Hamza front and centre only in its propaganda mission, while he was learning the ropes of Al-Qaeda leadership," said Barak Mendelsohn, an associate professor and Al-Qaeda specialist at Haverford College in Pennsylvania.

"But it's not clear whether he actually got significant operational tasks."

Mendelsohn said Bin Laden would likely have been one of a number of younger cadres being groomed for the future, although his pedigree marked him out as special in life, and as an inspirational martyr now.

Bruce Hoffman, a counter-terrorism expert at the Council on Foreign Relations, told AFP Hamza bin Laden's death would not be a particular blow to Al-Qaeda.

Under Zawahiri the group is slowly rebuilding in disparate franchises from East Asia to West Africa, aiming to fill the vacuum left by the disintegration of the Islamic State, he said.

According to Hoffman, the younger Bin Laden had the potential to draw in millennials and "Generation Z" --  youngsters born in the mid-1990s and early-2000s -- just as the Islamic State group does.

"Al-Qaeda survived the death of his father." the expert said.

"I am sure that it can manage adequately and survive the death of his son."