The Holey Artisan bakery that was in the middle of terrorist attack Photograph:( Reuters )

After Dhaka cafe attack, modus operandi of security forces at tackling terrorist organisations have changed ||Nature of the anti-terrorist operations in Bangladesh have been deadly and confrontational

I have been following anti-terrorist operations of the security forces closely, particularly since the Dhaka cafe attack in July 2016, which killed at least 20 civilians. The attack was claimed by the Islamic State overnight, before the Bangladesh government and its security agencies could confirm the identities of the terrorists inside the Holey Artisan Bakery, at the diplomatic area of Dhaka.

The police since then have intensified their counter terrorist drive across the country. In six months between December 2016 and May 2017, at least 32 suspected terrorists have been killed. Five of them were children and four women.

Four of those killed are below the age of 10 including an infant.

Following the July cafe attack, modus operandi of the security forces have changed. Specialised units of the security forces, mostly the Counter Terrorism and Transnational Crimes Unit carry out "block raids", where they cordon off an area for several hours that would span a few days and subsequently result in suspected terrorists blowing only themselves up in "suicide blasts".

As someone following the global terrorist activities, I have observed that most suicide blasts by extremists target individuals they consider infidels.

Under current circumstances, the police crackdown on militancy in the country has two-pronged sentiments, 1. Fear in people's minds allow such police actions in the hope that this will curb militancy, and 2. Nature of these operations prompts curiosities.

Media, including myself, can report only the narrative presented by the security forces. The operational areas are off-limits to civilians and journalists because of risk they pose to lives.

Once they are killed, no knowledge about their whereabouts or family is available. In some cases even the police have not been able to identify the persons they suspected as terrorists.

Human rights organisation say that the style of the operations indicate that the security forces are pursuing a complete elimination of the suspects, which prevents media from getting any more information beyond what is officially provided.

In “Operation Hit Back” at Moulvibazar, Sylhet on March 29, the police cordoned off the “militant den” for three days. They said there has been exchange of fire but eventually eight suspects, including four children below the age of ten killed themselves in suicide explosions.

One of the children was an infant.

Platoons of policemen were deployed. What efforts were made to save the lives of the children in the three days? Are we then resorting to the narrative of compromising a few lives, in other words, human rights for the "greater good" of the society?

In an earlier operation in Sylhet codenamed “Operation Twilight” as well as in “Operation Hit Back”, “militant dens” were planted with improvised explosive devices. Security personnel said the operations were sensitive because the buildings were planted with IED. Yet, the security forces were able to fire rocket launchers at one of the buildings and continue exchanging fires disregarding the possibility that the terrorist could blow up the building.

The nature of the anti-terrorist operations in Bangladesh since last July have been deadly and confrontational. The question is whether the confrontation could have been avoided.

Bangladesh is known for being a tolerant Muslim-majority nation, where the government of Prime Minister Sheikh Hasina thrives on the secular principle of the state.

Although radicalisation has shown its ferocity through terror plots in the form of countrywide explosions and attacks waged at cultural programmes and political rallies in early 2000, the suicide explosions and confrontation between extremists and security forces in recent months have been unprecedented for the people of Bangladesh. It is indeed a grave concern how this group of radicals evolved in a country that has not seen such frequency of violence in the past.

Human right groups report that such actions have not stopped entirely but the focus has largely shifted to the area of militancy and anti-terror raids. Some even question if this is the new face of extrajudicial killing. 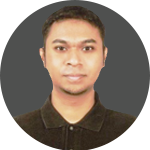 Saad Hammadi is WION's Bureau Chief in Bangladesh. An investigative journalist for more than a decade, he has reported about terrorism, politics, human rights and business.