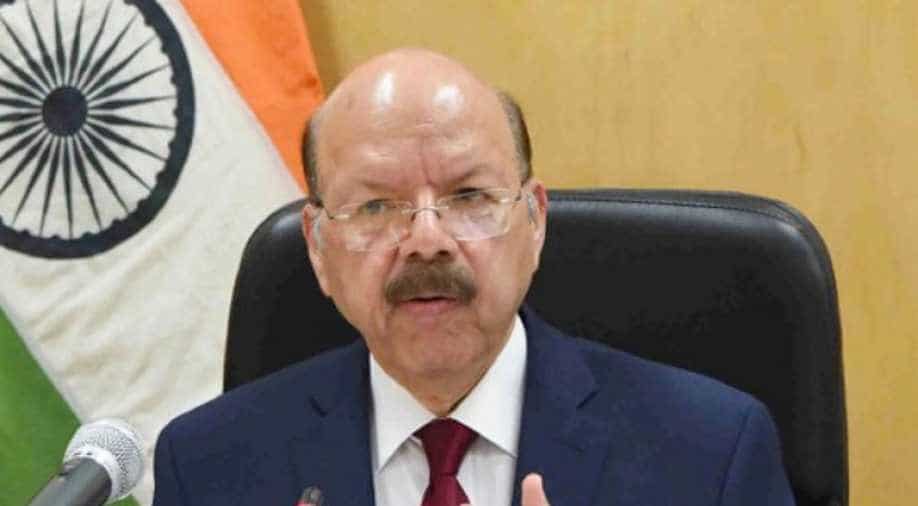 A delegation of opposition parties had met chief election commissioner, Nasim Zaidi, on January 5, urging him to defer the budget presentation. Photograph:( AFP )

Rebutting the charge of Opposition parties that the annual federal budget was being deliberately presented ahead of the assembly elections in five states, the government said the federal budget was an annual constitutional exercise covering the entire country and not just a few states.

The federal government was replying to the Election Commission which had asked it to respond to a representation by opposition parties urging the poll panel to make the government postpone the budget till assembly polls are over, PTI reported.

The opposition had alleged that the budget would be used to woo voters in the poll-bound states.

The cabinet secretariat replied to the Election Commission today.

The government said that advancing the budget presentation was necessary as it would ensure that all budgetary provisions were allocated to different sectors from April 1, the beginning of the new fiscal.

The budget is usually presented around the last week of February and, as a result, the approval of the budget spills over to the next financial year, delaying the start of new programmes, the government said.

The Budget Session has been convened from January 31 when the President will address the joint sitting of the two Houses. The federal budget and the Economic Survey are to be presented the next day.

The parliamentary committees have already been informed to study budgetary proposals in the recess period between February 10 and March 8, the government had said earlier.

It said that the government had made its intentions clear to advance the session in September last year and the federal cabinet had also cleared the proposal.

The opposition parties had written to the President and the Election Commission objecting to the presentation of the federal budget on February 1 ahead of the assembly elections and demanded that the government be asked to defer the annual exercise till March 8, the last day of voting.

A delegation of opposition parties comprising Congress, JD U(), BSP, SP, DMK and RJD had met chief election commissioner, Nasim Zaidi, on January 5, urging it to defer the budget presentation till March 8 at the least.

Punjab and Goa go to polls on February 4 and the last phase of Assembly polls in Uttar Pradesh and Manipur will be held on March 8.