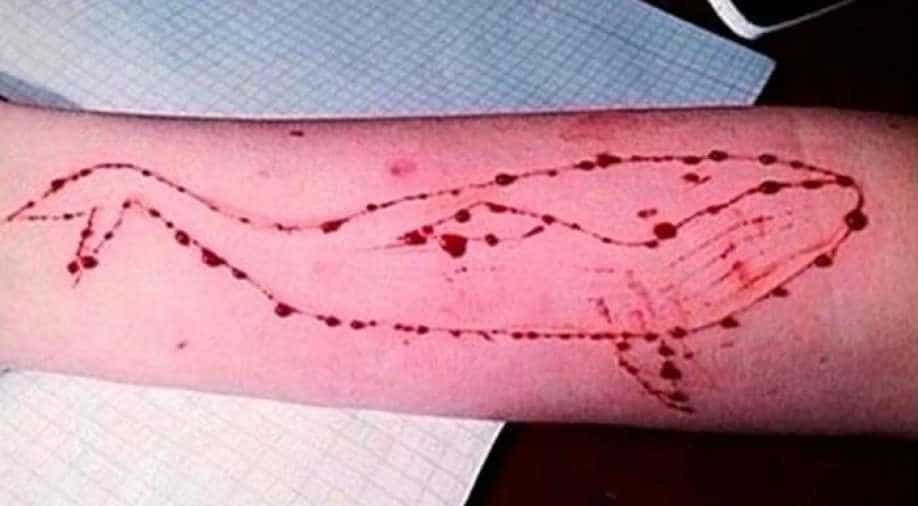 The Blue Whale challenge calls on participants to complete self-harm tasks over 50 days. It allegedly encourages them to win by committing suicide. Photograph:( Zee News Network )

After Maharashtra's Vidhan Sabha, the ''Blue Whale'' tragedy echoed in Rajya Sabha today as members demanded strong action against those found guilty in the death of 14-year-old Manpreet, a class IX schoolboy from Maharashtra who jumped from the fifth floor of a building in Mumbai's suburb Andheri allegedly while playing the online death game "Blue Whale".

BJP Rajya Sabha member Amar Shankar Sable said,"Manpreet has become the first victim of the game, about 130 suicides linked to the game have taken place in America, Russia, England and Italy."

Sable said: "Participants in the game are given instructions like 'watch horror movies', 'travel without ticket in train', and later they are asked to commit suicide."

Another BJP member Vikas Mahatme said, "there are other games also which are very interactive and addictive". To this, Sanjay Seth of SP added that,"there should be provisions to remove such games from the website".

The Blue Whale challenge calls on participants to complete a self-harm challenge over 50 days. It allegedly encourages them to win by committing suicide.