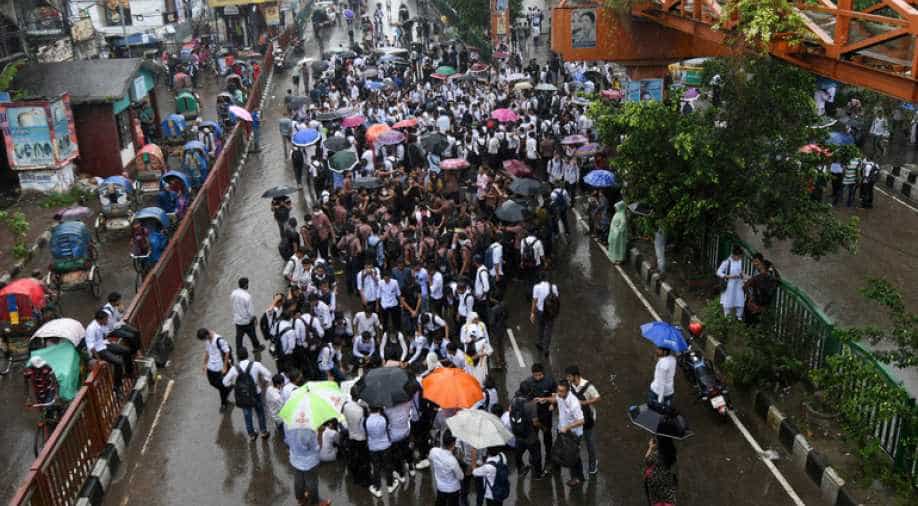 Activists of the alliance blocked key intersections in the city and disrupted transport.

Bangladesh's Left Democratic Alliance led a protest on Sunday against the government's raising of the price of natural gas, which took effect last week.

Almost all the oppositions, including the country's largest opposition Bangladesh Nationalist Party, supported the protest.

Activists of the alliance blocked key intersections in the city and disrupted transport. Police temporarily detained some workers of the party.

The state-run Bangladesh Energy Regulatory Commission last week raised natural gas prices by 32.8% on average for all users effective from July 1, the first day of the country`s fiscal year, the head of the Commission said.

Khalequzz Zaman, the secretary general of the Bangladesh Socialist Party said that if the government did not withdraw the decision that would hurt the poorest most, its members will besiege the ministry of power, energy and mineral resources next Sunday.

"After that, we will continue different protests in the country," Khalequz said at a protest meeting in the city.

The business community was also protesting against the decision to raise the gas price, a critical input for the industry.

Rubana Huq, president of the Bangladesh Garment Manufacturers and Exporters Association (BGMEA) said that the gas bill will take up around 1.5% of the manufacturing cost after this hike, an almost 1% increase in production cost.

"This may not sound much in terms of percentage, but for an industry struggling for every penny this will be another blow," she told reporters.
The readymade garment is the backbone of Bangladesh's economy.

Bangladesh's textile industry earns about $30 billion annually by exporting readymade garments, which represents about 16% of the economy and employs over 4 million workers.