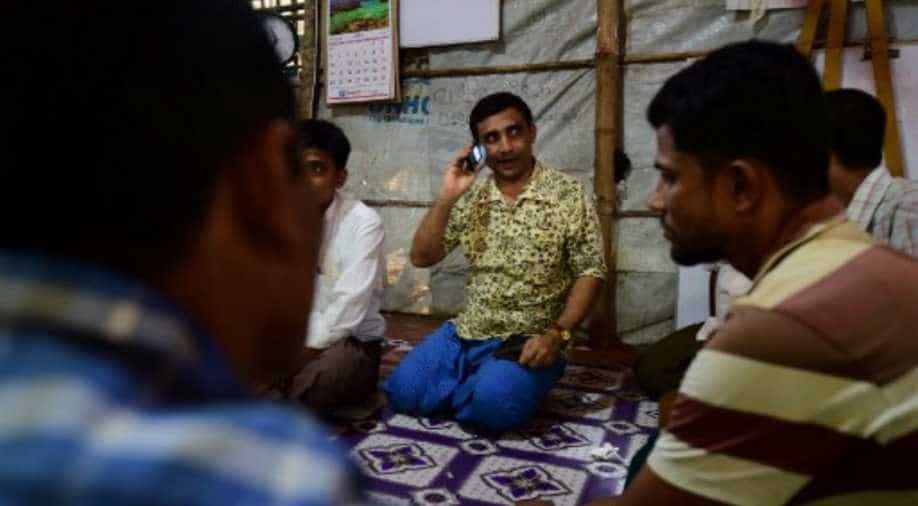 Bangladesh has been hosting around a million Rohingya refugees in vast camps in the south-east since a military crackdown in neighbouring Myanmar prompted a huge exodus in August 2017.

Bangladesh has been hosting around a million Rohingya refugees in vast camps in the south-east since a military crackdown in neighbouring Myanmar prompted a huge exodus in August 2017.

In late August a repatriation initiative fell flat with the long-oppressed minority refugees refusing to return to Myanmar without guarantees for their safety and citizenship.

Adding to frustration in Dhaka, this was followed by a protest by some 200,000 Rohingya to mark two years since their arrival.

There has also been a spike in violence and a rise in tensions with locals, and authorities fear the internet and telephone access could contribute to further unrest.

The four mobile phone operators were given seven days to submit reports on actions they have taken to shut down data connectivity and were ordered to stop selling SIM (subscriber identity module) cards in the camp areas.

"Already, SIM card sale has been stopped in the camp areas," S.M. Farhad, secretary-general of the Association of Mobile Telecom Operators of Bangladesh (AMTOB), which represents all mobile phone operators, told AFP on Monday.

He said high speed third- and fourth-generation (3G and 4G) mobile internet connections in the region have also been suspended between 5:00 pm and 6:00 am every day.

The operators also restricted coverage to within Bangladesh following allegations that Rohingya over the border in Myanmar were using the networks, he said.

Mohammad Abul Monsur, police chief at Ukhia town where the world's largest refugee camp, Kutupalong, is located, confirmed the development, saying mobile phone retailers have been told not to sell any new SIM cards in the region.

"No new SIM cards are being sold in Ukhia," he told AFP, adding police have monitored the town the last two days.

Bangladesh has in the past tried to restrict mobile access but it was not enforced seriously, spawning booming markets of mobile phones and SIM cards in the camps.

The latest ban has stunned the refugees, with leaders saying it would hugely affect their life and security, disrupting communications between different camps and with Rohingya still in Myanmar.

Rights group Human Rights Watch on Saturday urged the government to end the communications clampdown, saying it "made matters worse."

"The authorities should take a level-headed approach instead of overreacting to tensions and protests by isolating Rohingya refugees in camps," HRW said.