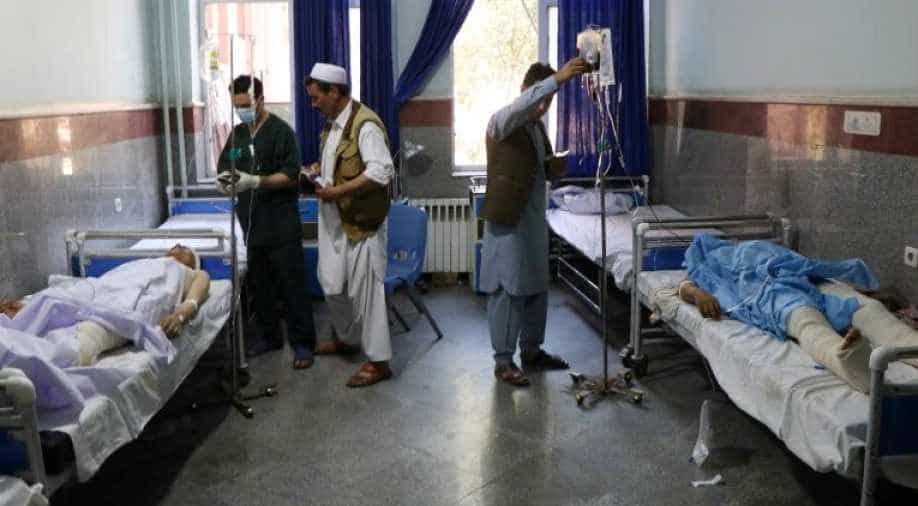 Afghan men receive treatment at a hospital after a bus was hit by a roadside bomb in Herat province, western Afghanistan July 31, 2019. Photograph:( Reuters )

Security has been deteriorating across Afghanistan, with the Taliban and Islamic State fighters mounting near-daily attacks on Afghan forces, government employees and civilians.

A roadside bomb in western Afghanistan killed at least 35 people travelling on a bus, including children, and injured 27 others, officials said on Wednesday (July 31)

Security has been deteriorating across Afghanistan, with the Taliban and Islamic State fighters mounting near-daily attacks on Afghan forces, government employees and civilians.

A police spokesperson said most of the dead or injured in the blast, on the highway linking the provincial capitals of Herat and Kandahar, were women and children.

A Taliban official said their fighters were not responsible for planting landmines in the area. So far, no militant group has claimed responsibility for the attack.

Wednesday's blast came ahead of US officials and Taliban representatives resuming peace talks to agree on a timetable for the withdrawal of foreign forces in exchange for security guarantees by the Taliban.