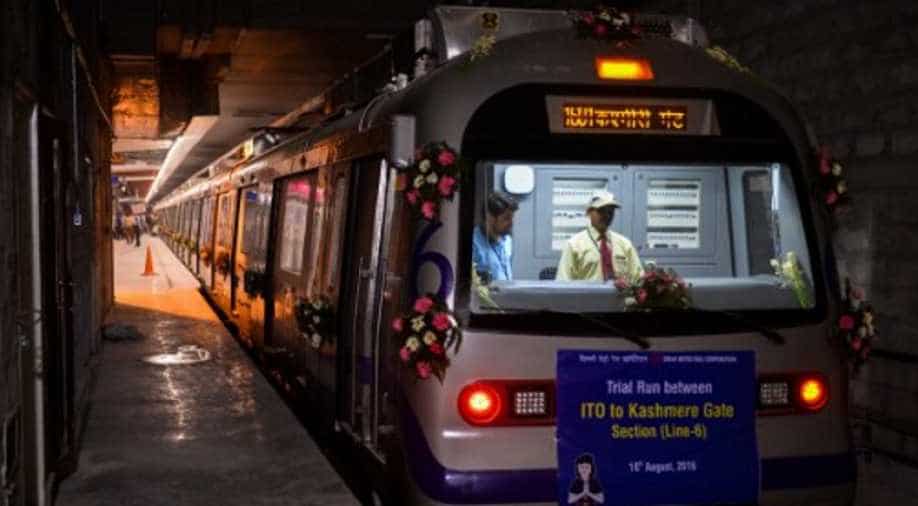 An employee of the Indian Delhi Metro Rail Corporation sits inside the metro cockpit on the new Heritage Line in New Delhi on August 10, 2016. Photograph:( AFP )

A 65 year-old woman was permitted to carry an axe on the Delhi Metro, and tried attacking a woman with it inside a ladies' compartment train, the Indian Express reports.

"While the axe was detected at X-Ray scanners by a CISF [Central Industrial Security Force] personnel at the entry, he probably considered her age and allowed her to take it along. He probably also misjudged her plea to let her carry the axe, a masonry tool, because she told him she was a poor woman. An inquiry has been ordered," an official said, according to the Indian Express.

The CISF, the force in charge of the Delhi Metro's security, suspended the personnel who permitted her to pass, reports the Indian Express.

The woman carrying the axe, a resident of Gurgaon, got into an argument in the ladies' compartment with a fellow passenger over seating, the Indian Express reports.

Sources told the Indian Express that as soon as the 65-year-old woman pulled out the axe, she was overpowered by other passengers.