3 Indians among 20 missing in flash floods in central Nepal 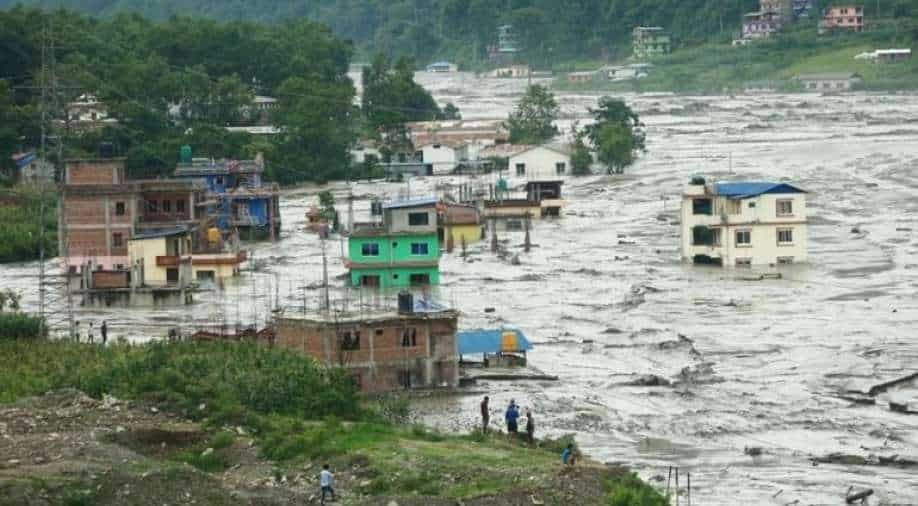 As floods hit Nepal, nearly 200 families residing along the Melamchi River Corridor has been displaced from their homes and have been taking shelter in a local school since Tuesday evening.

As many as 20 people including three Indians have gone missing as floods triggered by heavy rains struck Sindhupalchok district in central Nepal, a government official confirmed.

The District Administration Officer (DAO) of Sindhupalchok, Arun Pokhrel, confirmed that three Indian and an equal number of Chinese nationals have gone missing since Tuesday evening after flash floods hit the district.

The recent incident in the Sindhupalchok district, which touches Tibet on the Northern side is suspected to be triggered by a glacial outburst that has dumped a large mass of mud, stones and residues in the Melamchi Corridor.

Nearly 200 families residing along the Melamchi River Corridor has been displaced from their homes and have been taking shelter in a local school since Tuesday evening.

"We have recorded a total of six foreign nationals missing since Tuesday, there are a total of 20 people missing in the flash flood. The missing foreigners include 3 Indians and 3 Chinese nationals. They were working on a development project here," Arun Pokhrel, Chief District Officer of Sindhupalchok District said over the phone.

The DAO also has issued a list of names, which includes the name of 14 locals. In the list, the local administrative body has named Kamallochan Mahato, Bijay Basumantari and Jindao Basumantari as missing Indian nationals, while Sun Yu Chuwan, Yu Chijhu and Godh Tyan Chyu are missing Chinese nationals.

"We are continuing the search of those missing. Apart from foreigners status of 14 locals also is yet to be ascertained, we are working to locate their status," the official added.