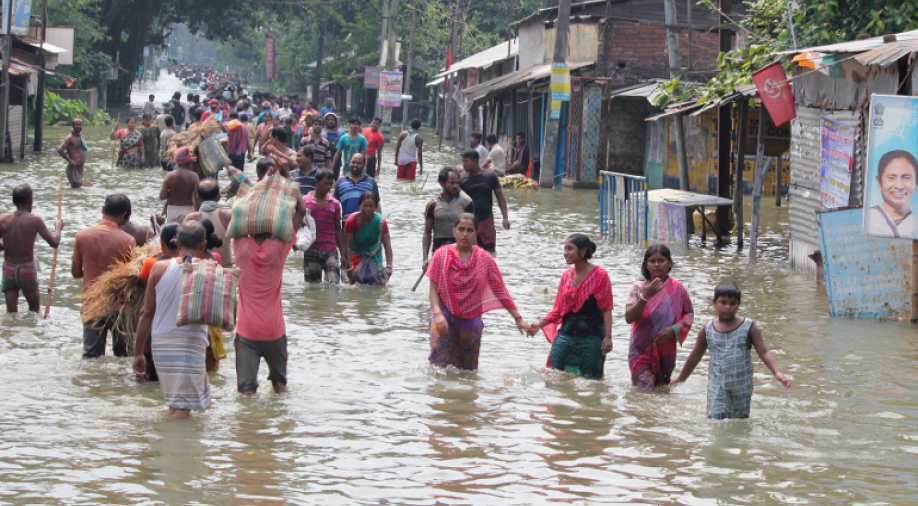 The flood in these countries has claimed over 1200 lives and uprooted million of people from their homes. Photograph:( AFP )

16 million people have been affected by monsoon floods in India, Nepal, and Bangladesh, the Red Cross said on Friday, calling the situation “a humanitarian crisis” in South Asia.

“This is fast becoming one of the most serious humanitarian crises this region has seen in many years and urgent action is needed to meet the growing needs of millions of people affected by these devastating floods,” deputy regional director for Asia Pacific, International Federation of Red Cross and Red Crescent Societies, Martin Faller, said in a statement. “Millions of people across Nepal, Bangladesh, and India face severe food shortages and disease caused by polluted flood waters,” Faller said.

11 million people in India have been affected by floods in four states across the north, the statement said.

Major rivers like the Jamuna have crossed levels set in 1988, when the country saw its deadliest floods.

“More than one third of Bangladesh and Nepal have been flooded and we fear the humanitarian crisis will get worse in the days and weeks ahead,” Faller said.

Red Cross said that many areas in Nepal remain cut off after the latest destructive floods and landslides.

The statement said many villages have no food, water, and electricity.

“More than 500 Nepal Red Cross volunteers are racing aid to people, including tarpaulins for temporary shelter, food and water. Food crops have been wiped out by the floods in Nepal’s major farming and agricultural lands in the south of the country. We fear that this destruction will lead to severe food shortages."